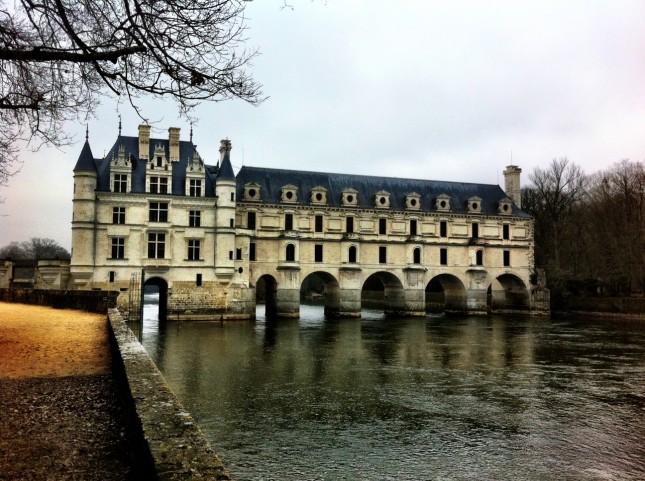 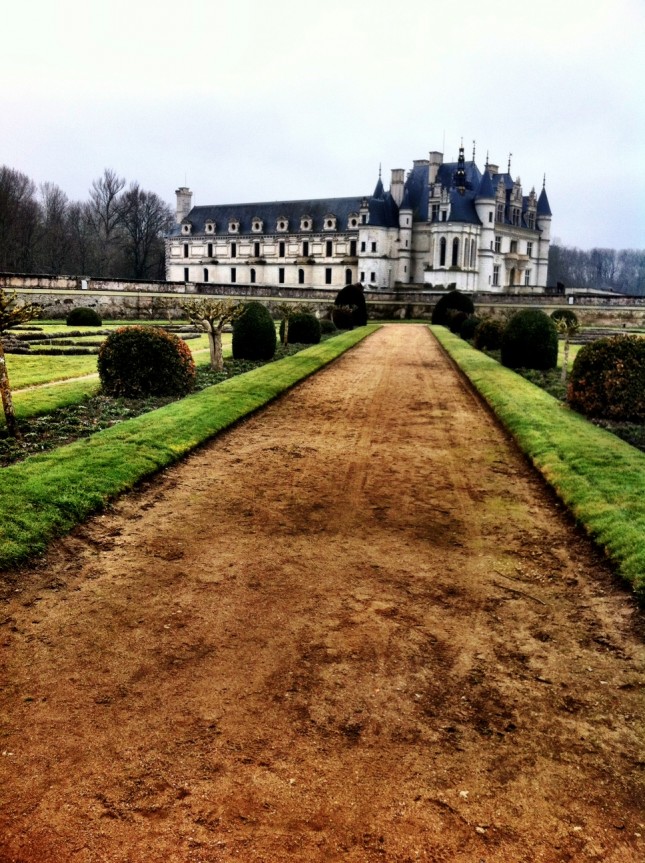 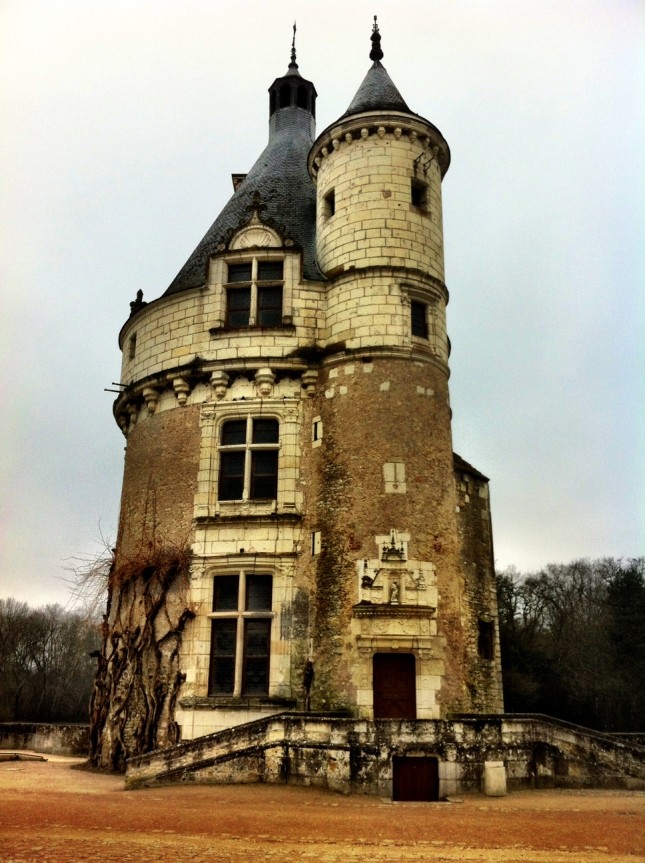 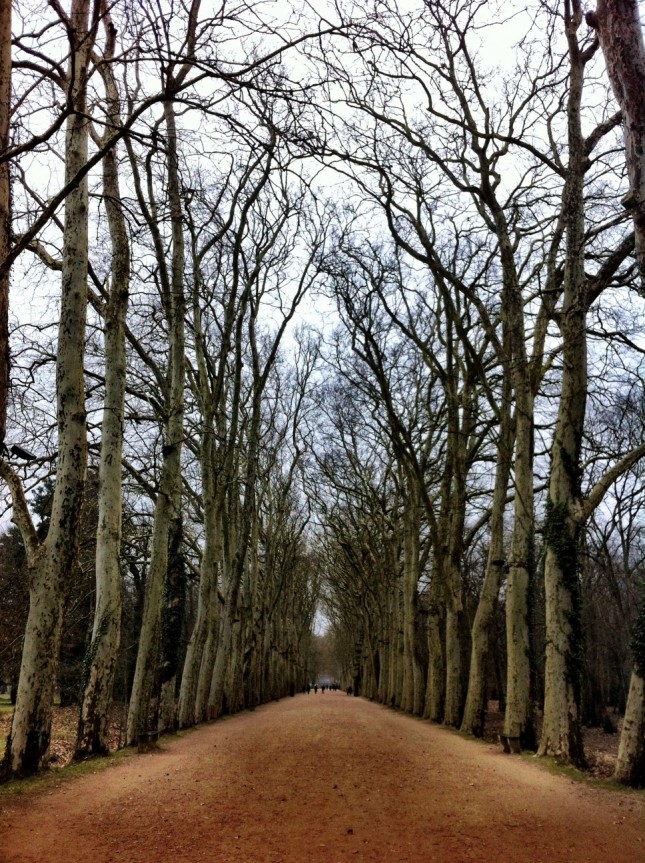 Second stop of the day was the ChÃ¢teau of Chenonceau, in the Loire Valley but built across the River Cher which flows parallel only a few kms from the Loire River. There are gardens as well, but not on any sort of scale to compare to Villandry. As well as the chÃ¢teau there is extensive woodland, a 16th century farm and a wax works museum (the latter closed for refurbishment at the moment).

Again the owners Thomas Bohier and his wife Katherine BriÃ§onnet demolished the original fortified castle preserving the keep which now stands separate from the chÃ¢teau, but remodelling in the Renaissance style. The work took place at the start of the 16th century, and the current building was built on the piers of the original fortified mill that stood in the river, so that the chÃ¢teau spans the width of the river. Apparently in World War II the chÃ¢teau stood on the line of demarcation so that the entrance was in occupied zone, whilst the gallery that spanned the river allowed the Resistance to pass large numbers of people into the free zone. The German army maintained an artillery unit trained to destroy the chÃ¢teau thought the war, should the need arise (fortunately it didn’t).

Whilst Chenonceau is an impressive building it’s on a more modest scale. The bedrooms are almost immediately off the main entrance hall, and mostly of the building is devoted to the Gallery Room which occupies the ground floor that spans the river. This afforded the owners with an impressive ball room.

One striking thing of note between Villandry and Chenonceau is the kitchens. At the former, a single small room is presented as the kitchen for what is a relatively large and formal house. At the latter the kitchens run to several rooms, with elaborate vaulted ceilings and multiple open fireplaces and an iron range. Such must have been the contrast between the scale of entertaining done to be reflected in the cooking arrangements.

I completed my day with a drive around the vineyards of Vouvray, although none appeared to be open, so I settled for a ‘degustation’ at the cooperative in town and made a few purchases. I headed for Chambord’s immense chÃ¢teau, too late for a viewing but in the hope of camping overnight but the carpark was prohibitively expensive, so I headed to the next nearest Aire to be disappointed that it was only a service point and not a parking spot, and another that was only parking at a vineyard, and yet another that was a campsite that didn’t look that interesting. So I headed into the centre of Blois to find parking and service facilities (but still no electric) for â‚¬5. It’s a stones throw from the chÃ¢teau of Blois so I will take a peak in the morning before heading back to Chambord.

2 thoughts on “The ChÃ¢teau of Chenonceau, Loire Valley”