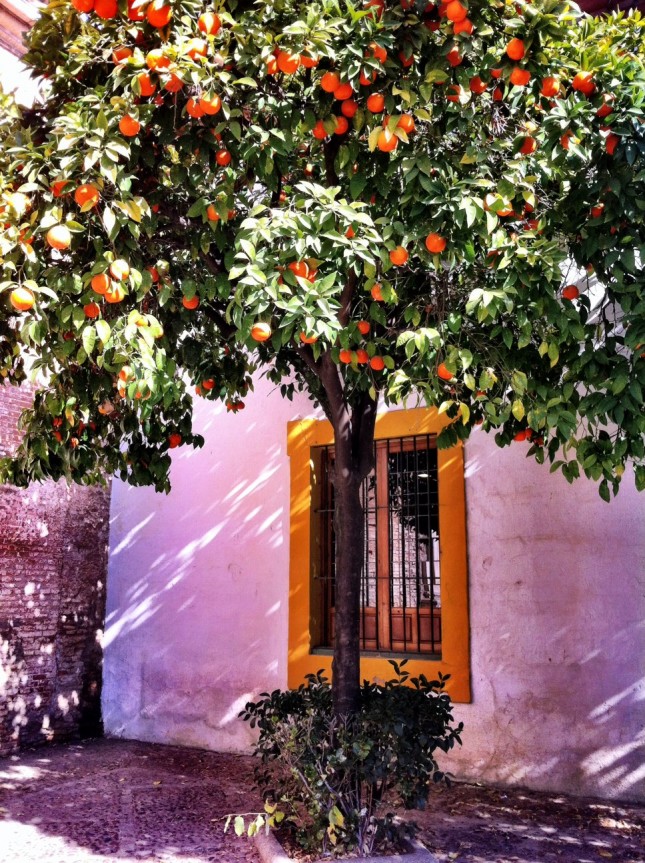 Today in Seville has been a delight. It’s an amazingly pretty, varied and interesting city. We’ve spent most of the day just milling about with no specific agenda, apart maybe from regular stops for taps and beer, and we’ve been blessed with just gorgeous weather. 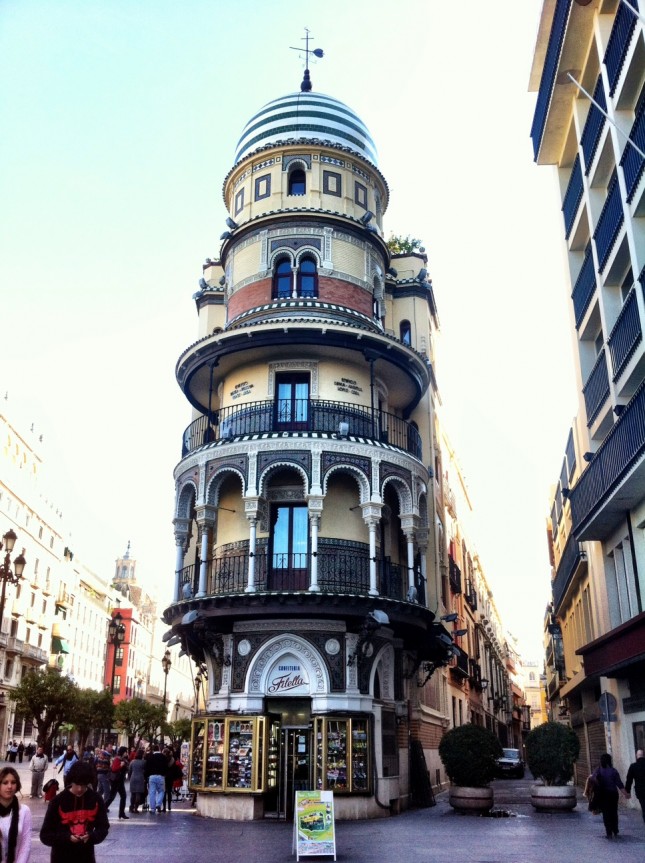 Interesting architecture on the streets of Seville

The forecast was for 22 degrees, and some of the temperature signs dotted around were showing 24 degrees, which for February as far as I’m concerned is bliss. On at least two occasions whilst sitting enjoying tapas I’ve been worried about scorching in the sunshine, but loving every minute of it! 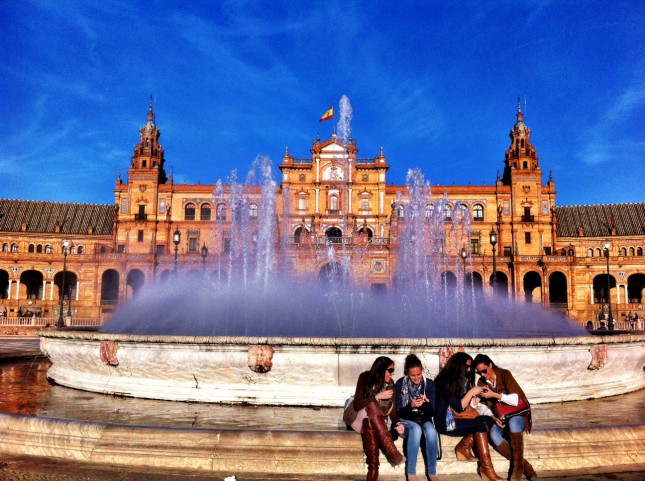 This morning we caught the bus into Seville, then walked the short distance across town to Kate and Piers hotel, and enjoyed a nice cup of coffee on the roof terrace. The [Hotel Amadeus](http://www.hotelamadeussevilla.com/) is delightful, and they’d recommend it to anyone looking for a tranquil setting in the heart of the city. 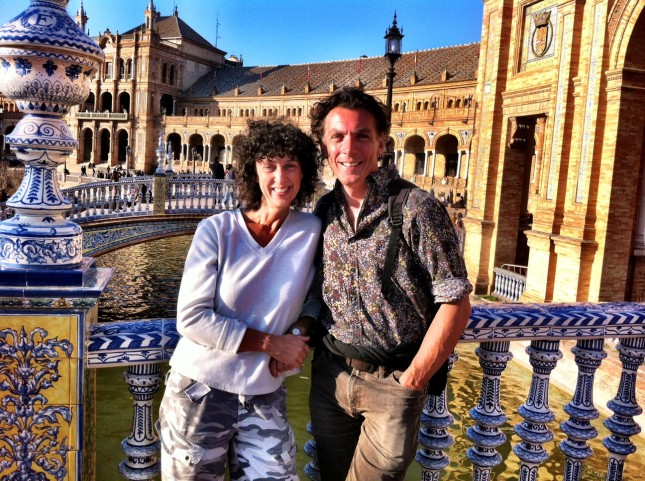 Enjoying the sunshine at the Plaza de EspaÃ±a, Seville

After coffee, we set off across town for [Pilatos House](http://photos-seville.com/pilatos-house.php) which is supposedly inspired by Pilots house in Jerusalem, so very arabic in feel. Down stairs and the various courtyards are cool and tranquil, and the guided tour (second in two days – what’s happening to me!) of the second floor where most of the living accommodation is was also interesting, although the Spanish seem to be very dour in their tastes, and the rooms were freezing cold – lovely in summer I’m sure, but obvious that the tour guide in thick jacket and leather gloves would have preferred to be outside in the sunshine. 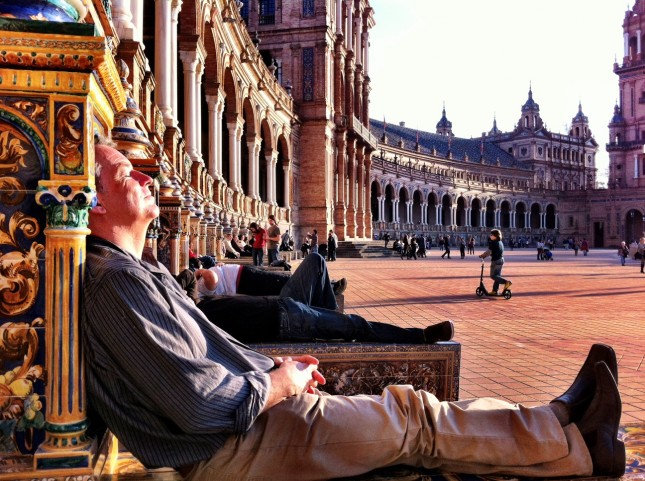 Piers lapping up the sunshine at the Plaza de EspaÃ±a, Seville

We sat for lunch outside in the sunshine and enjoyed tapas and several beers, and watched the world and his wife wander by. We’d managed to find a place off the tourist route and mostly it was other Spaniards lunching around us and wandering by. It’s funny sitting in the sunshine in shirt sleeves and watching the locals walking by in fur coast and scarves, they obviously feel the cold although to us it was delightful. Also, going by the fact that many were very smartly dressed, we assumed that many had been to morning mass and therefore had to endue sub-zero temperatures for prolonged periods inside some church somewhere.

in the afternoon we wandered across town to the river. Today was the annual City of Seville Marathon, and by early afternoon there was evidence of those with faster pace wandering back through the town wearing their medals. The route itself has skirted the old city and so we had not seen any of the exertions, which made us feel rather relaxed really. We wandered again into the town. The place is littered with small alleyways and tranquil squares in which to while away the time. We found the Plaza de Hercules which was a great long pedestrianised boulevard and evidently a favourite for the local families, kids and dogs running about enjoying the fountains and the sunshine. We sat again for beers and watched the world go by a little more.

After wandering further, around the parks and Plaza de EspaÃ±a where in 1929 a grand exhibition was staged, and all of the present grand buildings were constructed (much akin to Britain’s Great Exhibition is should think), we finally wound our way back to the old town and found a great little tapas bar where much Vino Tinto and Tapas were consumed with gusto and a great deal of satisfaction. An absolutely perfect day, and in great company with Kate and Piers. It’s Kate’s birthday tomorrow, so we shall be setting a similar agenda for tomorrow, and being joined by another couple of friends of theirs – the more the merrier!

3 thoughts on “The Delightful and Fascinating City of Seville”