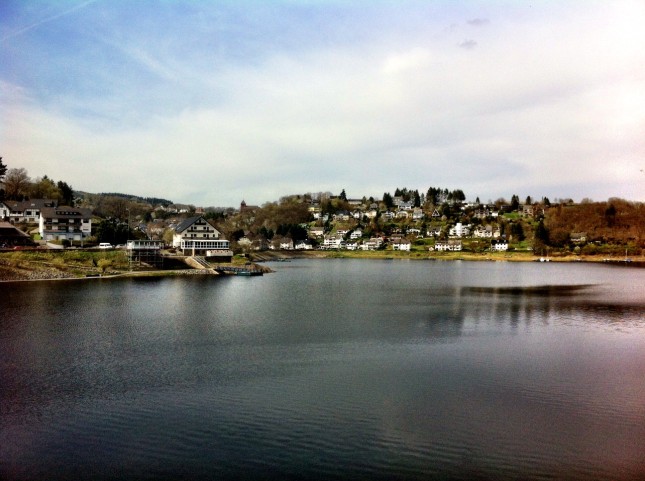 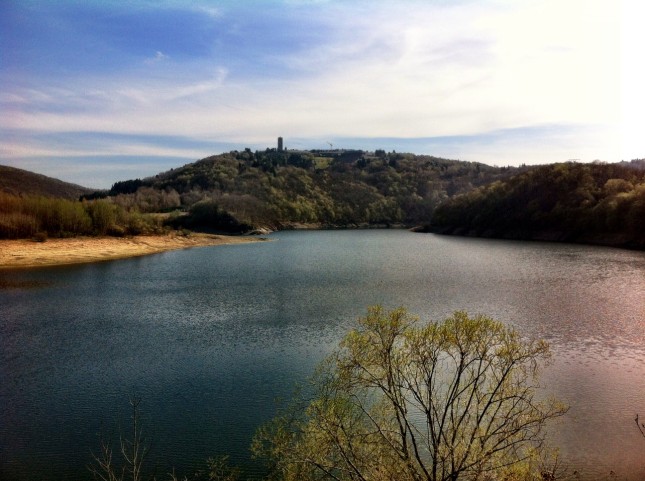 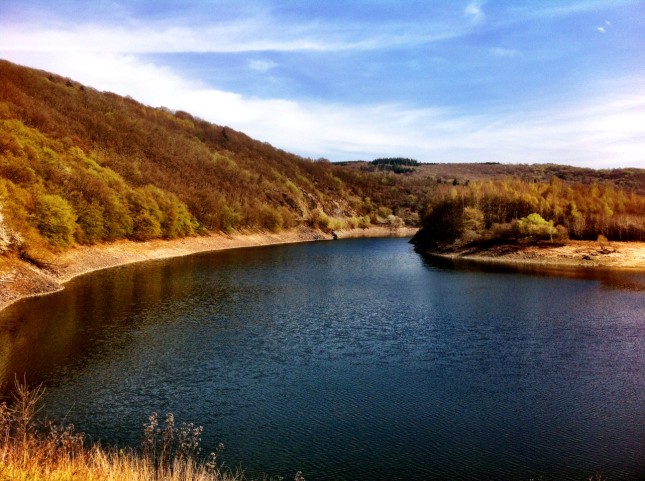 After the Rhine, we headed North West into the Eifel. A region I didn’t even know existed, it borders Luxembourg and Belgium and is a former volcanic region (I think there may be some existing low level activity in places).

As it turned out, we headed for the park area and missed the volcanoes! Not sure why you’d have national park that didn’t encompass the major geological feature but there you go.

The park is nice though, and we found a site on the edge of a reservoir system comprised of Rurstausee, Schwammenauel, and Urfttalsperre. It was the later, higher reservoir that our site was near. A startlingly neat parking area-cum-campsite on the edge of the town of GemÃ¼nd.

We went for a walk the evening of our arrival along the banks of the reservoir and found the former [Ordensburg Vogelsang](http://en.wikipedia.org/wiki/Ordensburg_Vogelsang), one of four centre designed to educate form leaders in Germany’s Third Reich. As you ascend through the woods these stark buildings come into view, the trees softening what was once a glaring example of machismo gone mad. It’s still immediately apparent that this was once a place of misguided ideology.

It operated between 1936-39 and was intended to train Nazi Germany’s future administrators. However, those chosen where blond haired, blue eyed, athletic types, and academic excellence was not relevant. Thus they spent their time learning such useful pen-pushing skills as archery, horse riding and flying.

On the outbreak of war the centre was handed over to the army, used for barracks and latterly a fitness camp for Hitler Youth members. After the war it was used by the British Army and then, right up till 2006, the Belgian Army. It’s only recently returned to German control, and is now a museum.

The estate is alleged home to one of the best preserved collections of Nazi propaganda. The buildings themselves do that, but there are also statues and emblems about the place. We stumbled across the ‘Torch Bearer’, now emancipated by rifle fire, and with key words of the inscription removed.