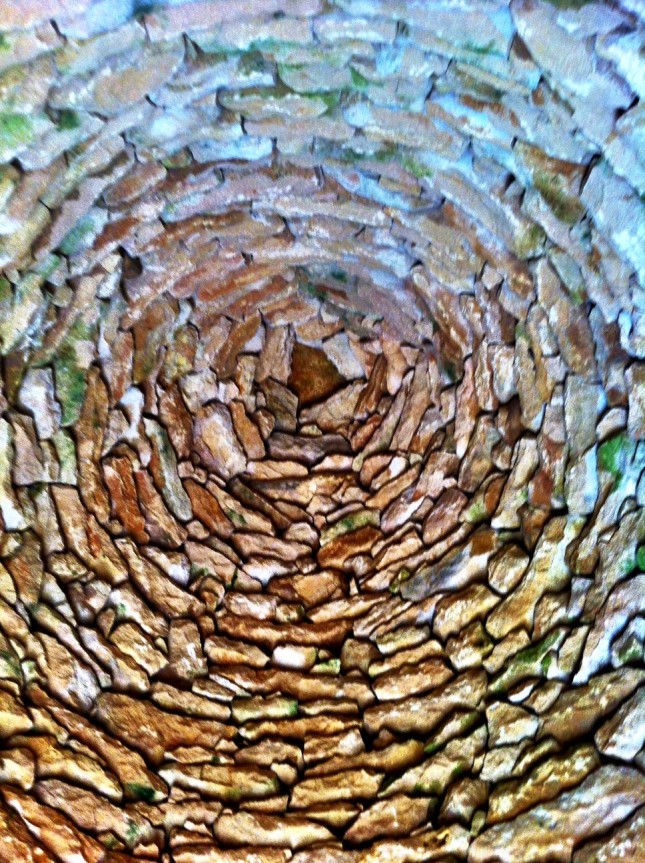 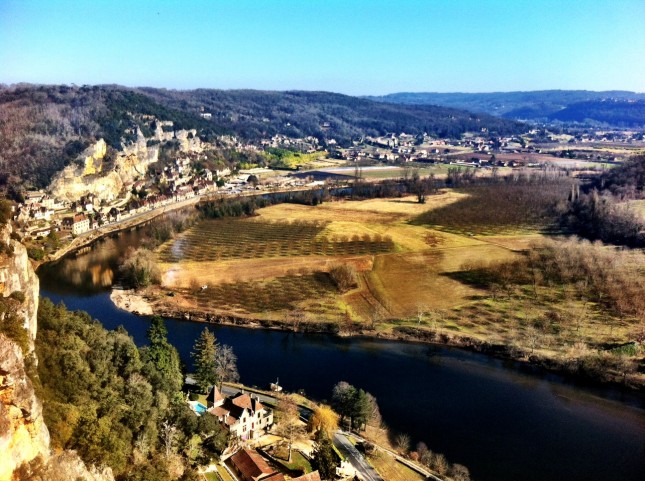 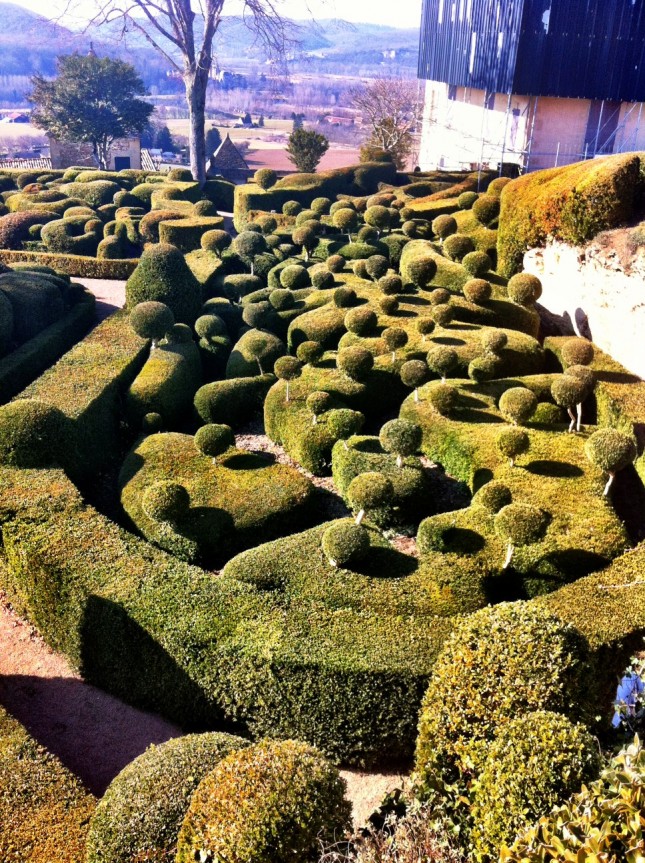 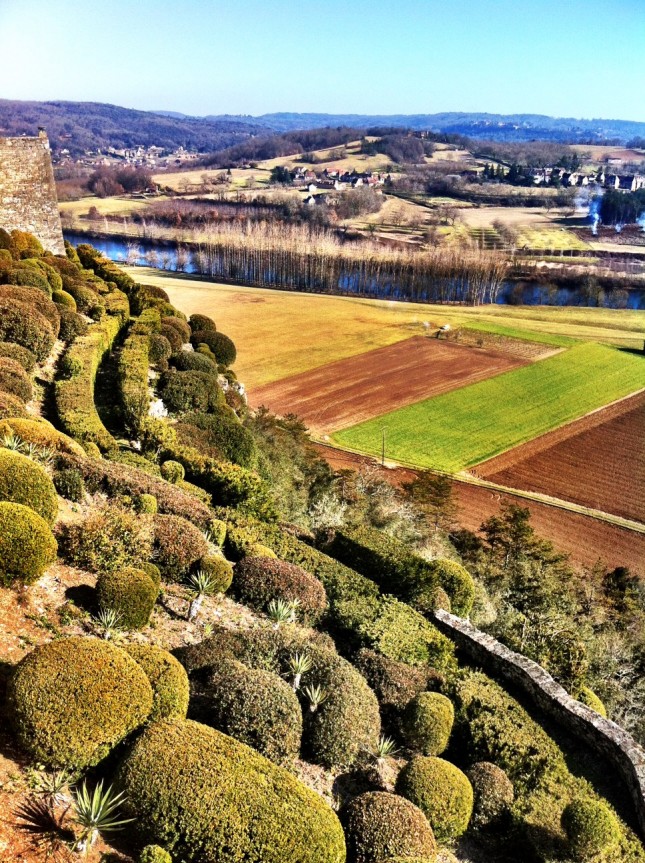 Next stop, and a recommendation via the comments from one of my readers to visit one or both of the Gouffre de Padirac or the Gardens of Marqueyssac. The Gouffre is a cave, or rather a hole in the ground 35m across, into which you descend 75m, contains a partially navigable subterranean river which you can explore. Alas, at this time of the year it is shut. Shame, I would have liked that.

So I went for option 2, Marqueyssac is a Chateau and gardens that sits on a lump that rises abruptly 130 metres above the Dordogne, providing goods views across a large bend of the river, and several other notable landmarks such as the Chateau Castelnaud and villages of Beynac and La Roque-Gageac.

There are 6kms of footpaths that wind through formal boxwood gardens and woodland, which was just what my legs needed today after too much sitting yesterday. The boxwood is mostly clipped into vague animal shapes – not quite topiary that you could recognise, but there are suggestions of birds and sheep that can be discerned. The Chateau itself was undergoing renovations to the roof, so it was not in the least photogenic, and the building itself is relatively plain but fits its surroundings.

I’ve no idea why they call them the hanging gardens, unless it’s a reference to its lofty position, otherwise you might be mislead.

My thanks to Nicholas for his suggestions, I would have otherwise been looking at cave paintings, which I doubt would have been as good for the legs!