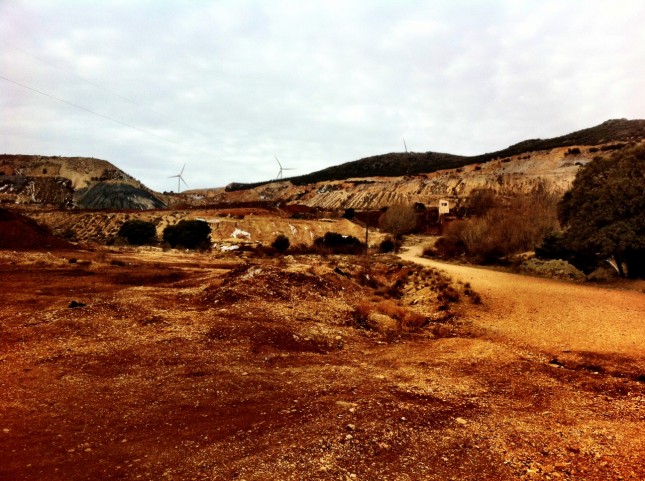 A view of the mine workings at Ojos Negros, Aragon

After an early start for the sunrise over the Sierra Menera (which was slightly spoilt by clouds that built quickly with the suns rise), it was time for a wander around the mines at Ojos Negros. It was so lovely to get here after stopping the cycle trip short of the target. I’m still kicking myself for not actually doing it all, despite the fact that the 165 miles I did cover was absolutely fascinating.

There is still some evidence of current earthworks around the mines, although I don’t know if that’s due to continued extraction, or if they are now using it for landfill or just making it safe. I didn’t want to wander around the mines themselves, although there was no signage suggesting that it was private or prohibited. 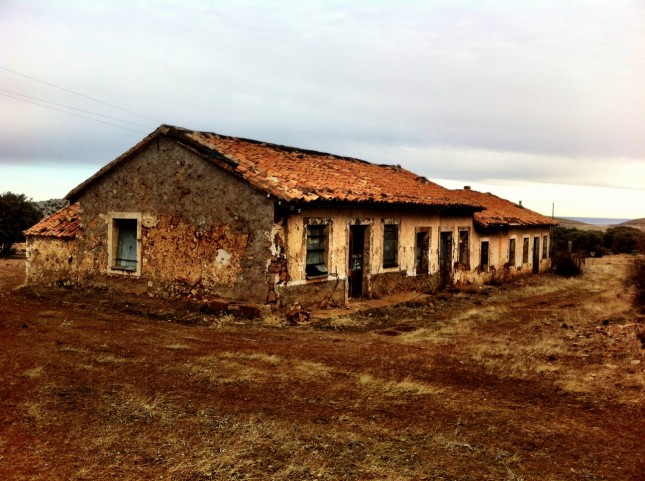 Housing at the mines of Ojos Negros, Aragon

What was plain to see was the decline of the housing at the mines. Presumably these were for admin staff and mine workers – the village of Ojos Negros itself is a couple of miles further down the hill. When the mines closed in the 1980’s the population dropped from over 3,000 to less than 500, and at the mine housing itself, only about 40 people remain. 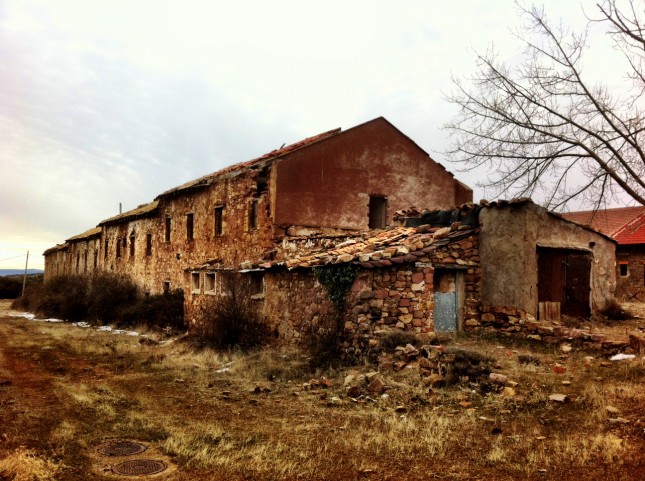 Old Workers Cottages at the Mines of Ojos Negros, Aragon

Some of the houses have recently been refurbished, although the place appeared deserted, so perhaps as holiday accommodation, and there was a sign board signalling further renovation of some of the buildings shown here. At the moment, it does all look rather sad. 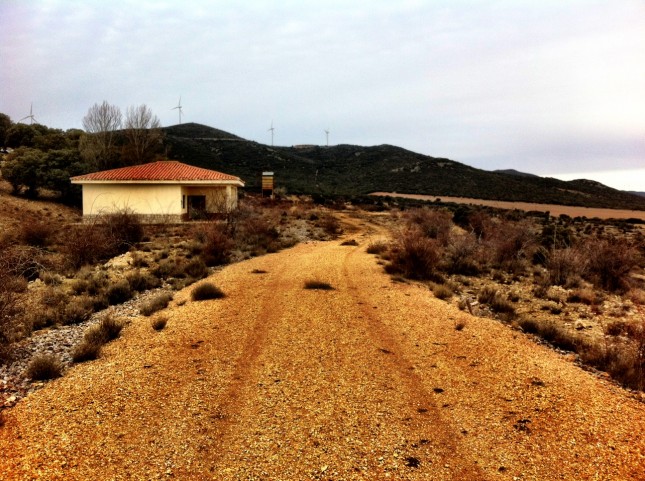 The end of the line of the Via Verdes de los Ojos Negros, Aragon

It was also interesting to see the actual ‘end of the line’ of the Via Verdes. The trackbed is good quality cycle track, although gravel, until the last few hundred metres where it starts to show signs of weeds, and then at what looks like a derelict administrative building, the ground fans out to what may well have been the marshalling yard for the rail wagons, and the cycle path comes to an abrupt end. 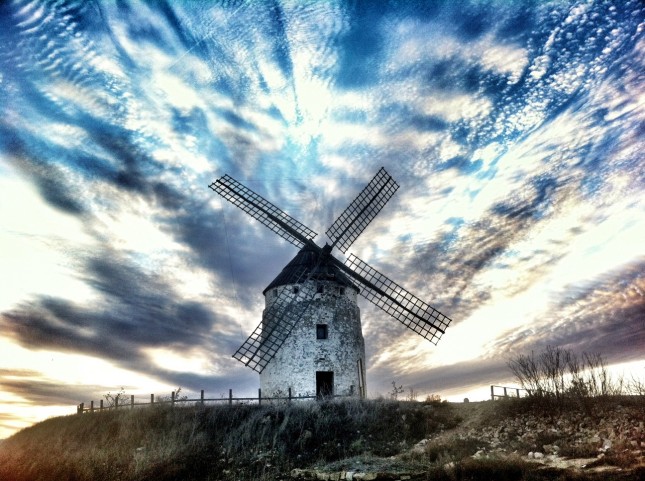 Molino de Viente at Ojoj Negros, Aragon - the only windmill in the province

The sunrise was interesting, but as I mentioned above the clouds got going quickly and it suppressed some of the light coming across the valley, so not as pretty as I’d hoped. The [windmill](http://www.caiaragon.com/en/actividades/index.asp?idAct=184&idSeccion=6&idTipo=78&idloc=315) put on a fairly decent show though, with the clouds fanning out around it like some sort of heavenly halo!