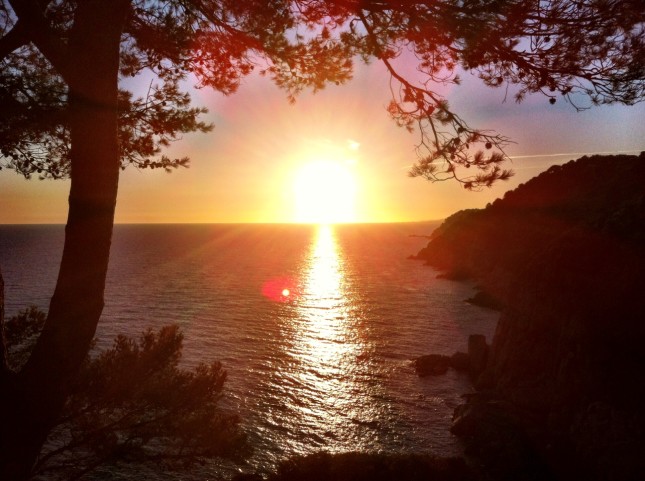 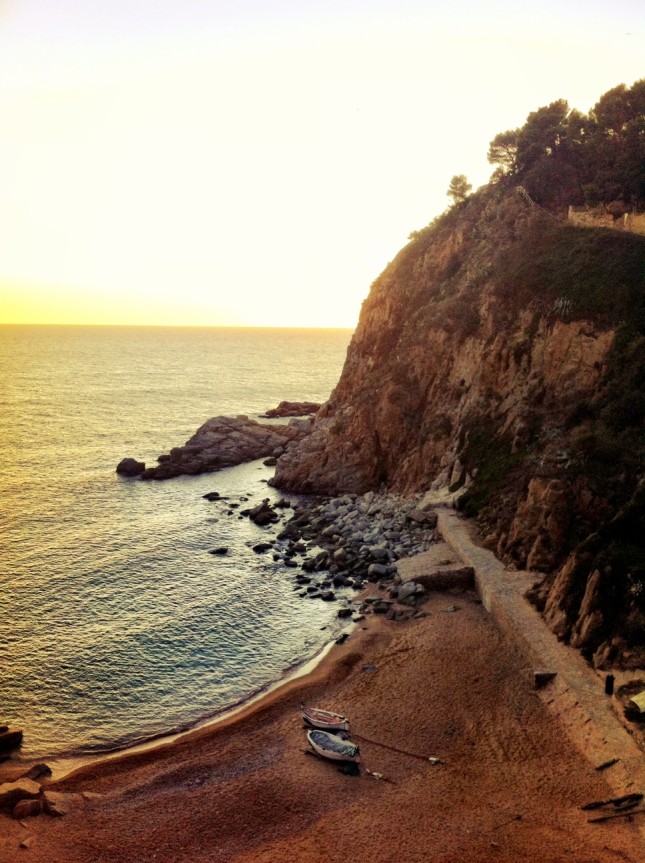 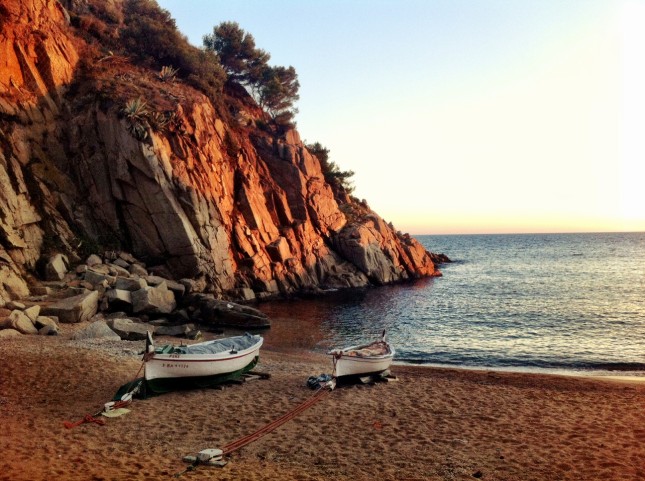 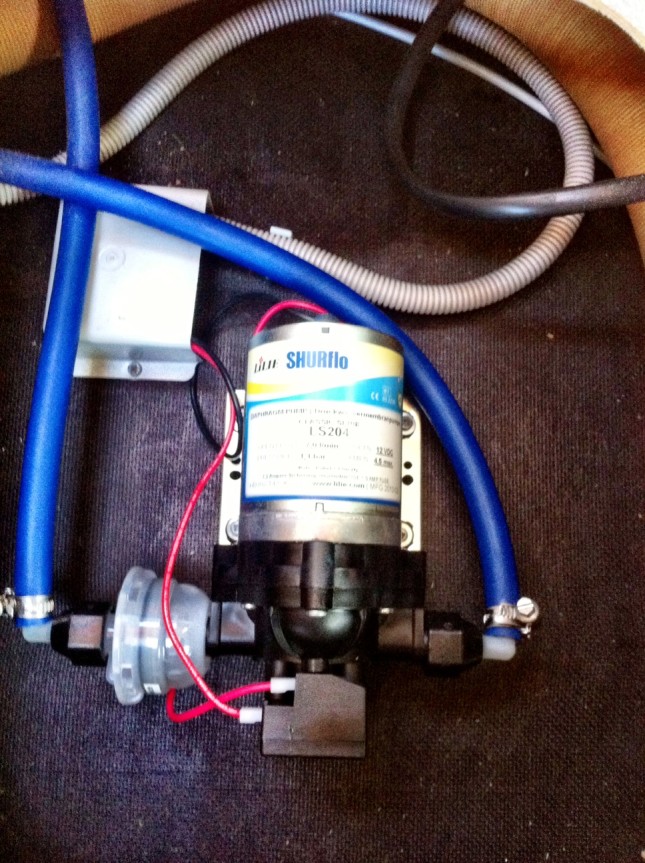 Slightly stuck for something to do and still trying to find a solution to the leaky water pump Sunday turned into a bit of a non day. We tried to find ways of creating a gasket for the pump but the best we could manage was either shammy leather or silicon sealant. Neither had much hope of success really, particularly as the pump pressurises the water.

We sent an email to a supplier near Barcelona but didn’t expect a reply on a Sunday but were chuffed to bits when [Bruno Aloisi of Spaes.es](http://spaes.es) swiftly replied to say that he had one in stock and we could collect when we liked. We arranged for Monday morning and relaxed a bit. The pump was leaking more by the hour so a solution was much needed, and this was great news.

We headed north to Tossa del Mar. Well into the Costa Brava, the name doesn’t really give it much hope to an English ear, but Mel thought we ought to go just to say we had, and there was a cheap campsite on offer to.

Unfortunately the campsite lived up to the towns name by being shut, despite both our campsite book and it’s own website proclaiming year round opening. The notice on the gate suggested their idea of a year was more like 6 months.

But the beach was nice and there’s a well preserved fortified town on the hill to one side which had some nice views of the setting sun. We ended up wildcamping on what appeared to be an overflow carpark and the local dog walking field. There even appeared to be a mini bullfight at one point bit from what I could see in the dark they were just playing rough over sharing a dog toy.

This morning we headed back towards Barcelona and our meeting with Bruno, and he was just as nice in person as he had been via email, despite a claimed lack of English, which proved much more adept than our Spanish. His wife was on hand to help as she had slightly better English.

Anyway, pump on hand we headed for Brico Depot to get some wiring accessories and the back to the beach at Arenys del Mar for the afternoon to relax, have lunch and fit the pump.

Everything worked like a charm and the new pump seems quite happy. Will give it a good test out in the morning with the shower, but so far so good.

I seemed to have confused more than one person regarding the pump. We had two problems, one with the vans engine coolant leaking, and one with the domestic water pump leaking. Easy to confuse at the best of times, and apologies for not being clearer. Totally unrelated apart from the coincidental leaking.

Hopefully, both are now addressed!

Tomorrow, assuming all well with the pump, we are likely to be booking a ticket for the ferry to Civitavecchia in Italy, which sails late Tuesday until late Wednesday, so we may be out of contact unless they are thoughtful enough to have wifi onboard the ship. Hopefully the crossing will be better than the last, the sea is certainly looking flat as a pancake at the moment!