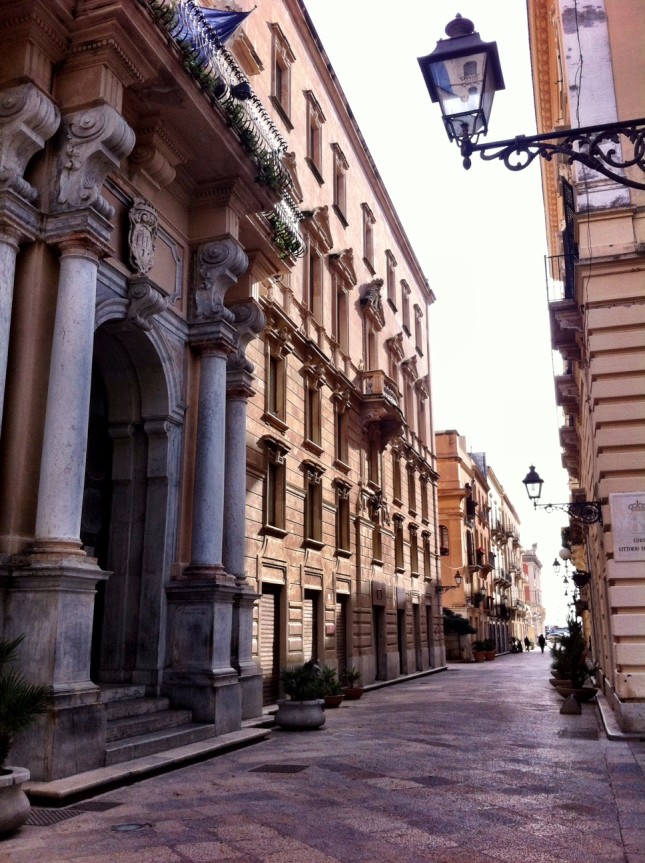 A slight change of scene finds us in a hotel. Well, in a hotel carpark anyway. One that caters for campers, don’t worry, we weren’t trespassing! This one was on the outskirts of Trapani, these days a port town where you can sail off to northern Italy or North Africa.

Salt production is seemingly a big thing here, although not much else. We walked a couple of mile in, then a couple more though the town and it was deserted for the most part. It took ages to find somewhere to eat by which time we were famished. A nice restaurant, but I think we got diddled on the bill.

Today we have moved around to the north west tip of Sicily, around the town of San Vito Lo Capo. Since arriving in Sicily people keep telling us how nice it is. So far so good, quite remote and unspoilt with some by hills to tempt us out for a hike.

For now, we are again parked yards from the sea, and getting unexpectedly pounded by the wind. It’s meant to be blowy tonight but it’s coming in vast gales off the surrounding mountains or so it seems. To dark outside to see what the sea is doing. Jolly exciting though!