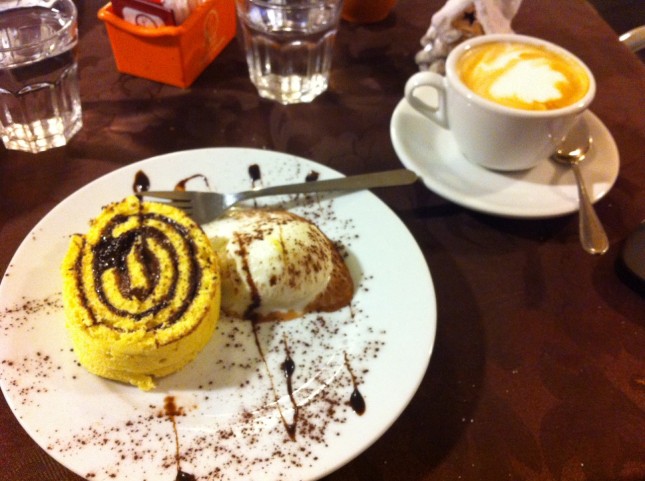 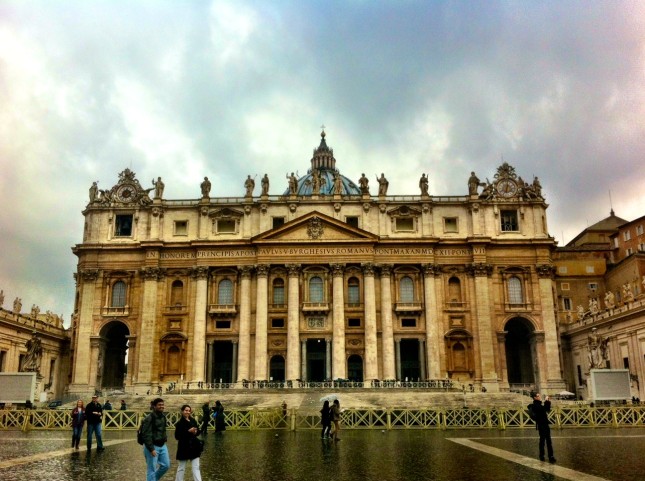 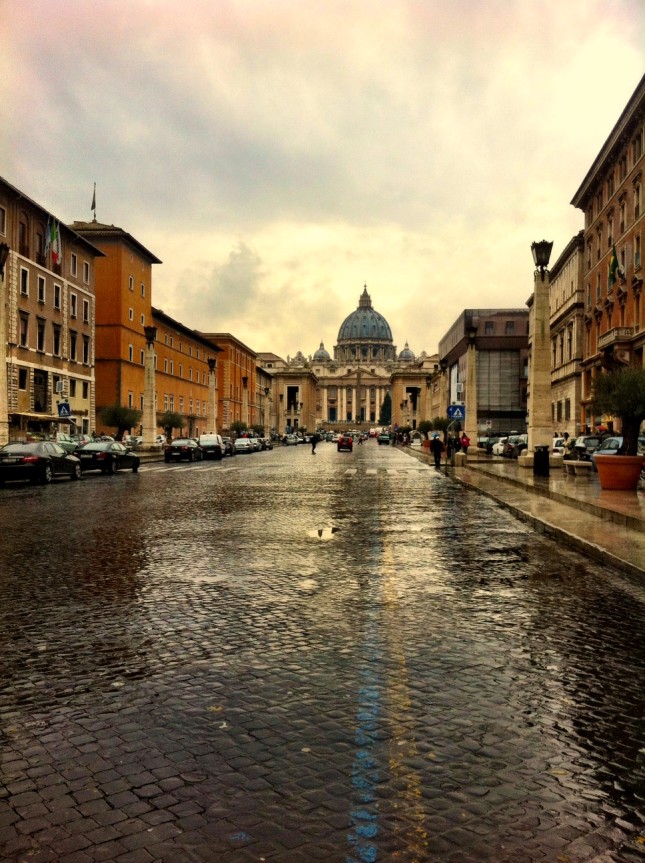 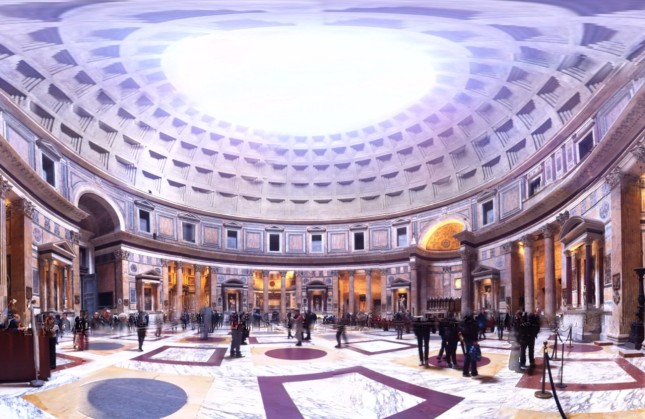 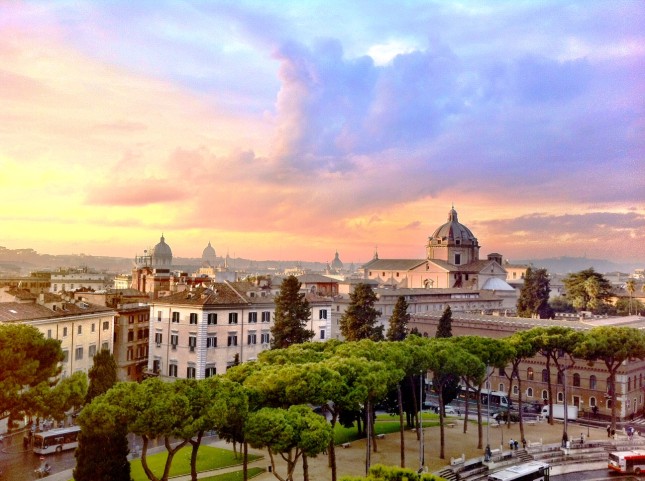 As they say, ‘When in Rome, do as the Romans do’ but I decided against the idea of getting a political career and a bevy of prostitutes. Instead, we settled for coffee and cake.

St. Peter’s Square was the first port of call, and it was less impressive than I had imagined. Partly be use they were in the process of installing seating and camera platforms ready for the Pope’s keynote speech. And partly because it’s not a terribly big place. Some very nice sculptures around he place however. The queue for the Vatican museums was as long as your arm, so we decided against that for today.

We generally meandered around the city, taking in the Parthenon and the Capitoline hill, a nice tapas style lunch including a glass of wine for €6, a plenty of stout classical architecture.

More of the same tomorrow, and the sun should come out as well!