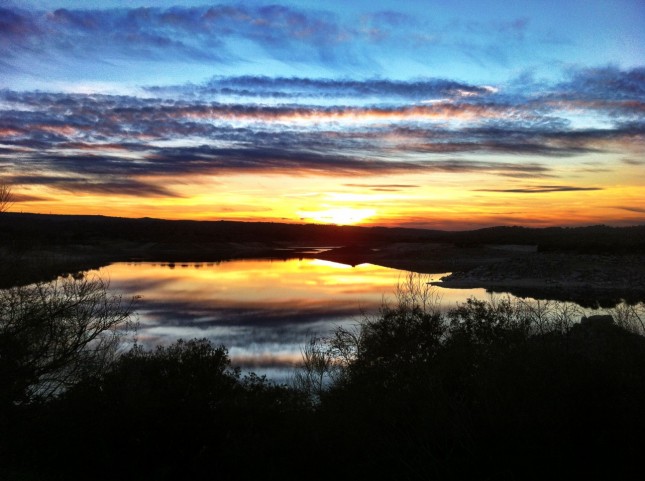 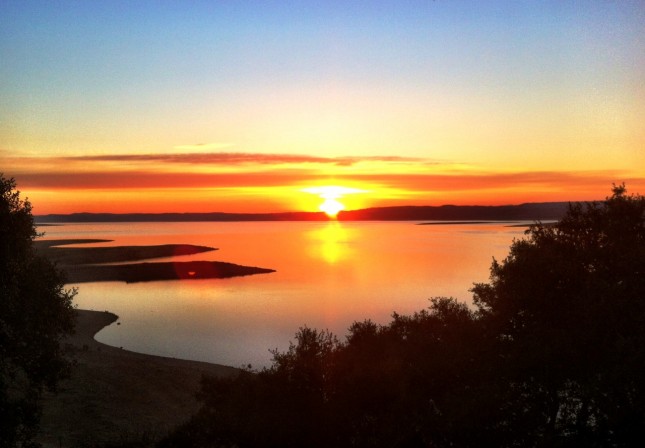 Leaving Seville yesterday took longer than we’d anticipated, getting stuck in slow moving traffic as we rounded the city. Not one of TomTom’s finer hours. We chose the route north through Extramadura, keeping to the Autovia which meant we missed most of the best scenery but it was still interesting nonetheless.

We cut across country to reach a campsite that I’d looked up on the Internet, driving through some lovely rolling hills on the way. Alas, on arrival at the site a CastaÃ±ar de Ibor, it was shut and no signs of life. The details I’d found were a little scant regarding dates, but at least one suggested all year opening. I checked again at the site and found some references to March 1st as the opening date, so we were just a little premature. Never mind.

A search around the net could only find something 30 miles to the north, but two sites so a better chance of success. We drove in their directions and got some great views down across the valley below us. I’m not even sure what this region is called, but remember following the adjacent ridge of mountains when we visited Spain in 2006. In searching for alternative campsites I blew my mobile data allowance so that will costs me the equivalent of a pitch fee!

We dropped down into the valley where there was a huge reservoir, and crossed a road bridge that bisected the lake at a narrow point. Both ends of the bridge had small parking areas, great views and space to tuck the van out of the way, so we decided that campsites were overrated and a little Wildcamping for Mel’s last night would be most agreeable.

This is the stuff of romantic, motorhoming legend. Perfect sunset and sunrise over the lake, wildfowl cries crossing the sky, there are even some Roman ruins on the far bank to add extra interest, like it really needs it!

The only downside is that we are close to the road, which isn’t particularly busy, but the road surface on the bridge leaves a lot to be desired, but it’s a small price to pay for the overall experience.

Another couple of hours drive to Madrid, so plenty of time to get Mel to the airport for her evening flight. Maybe lunch in Toledo on the way?