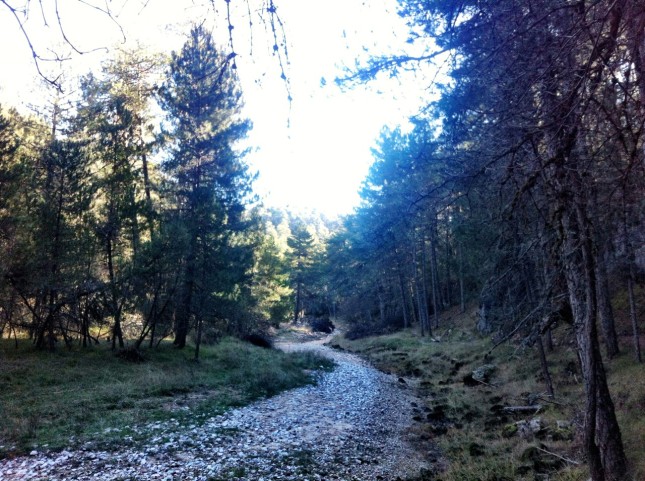 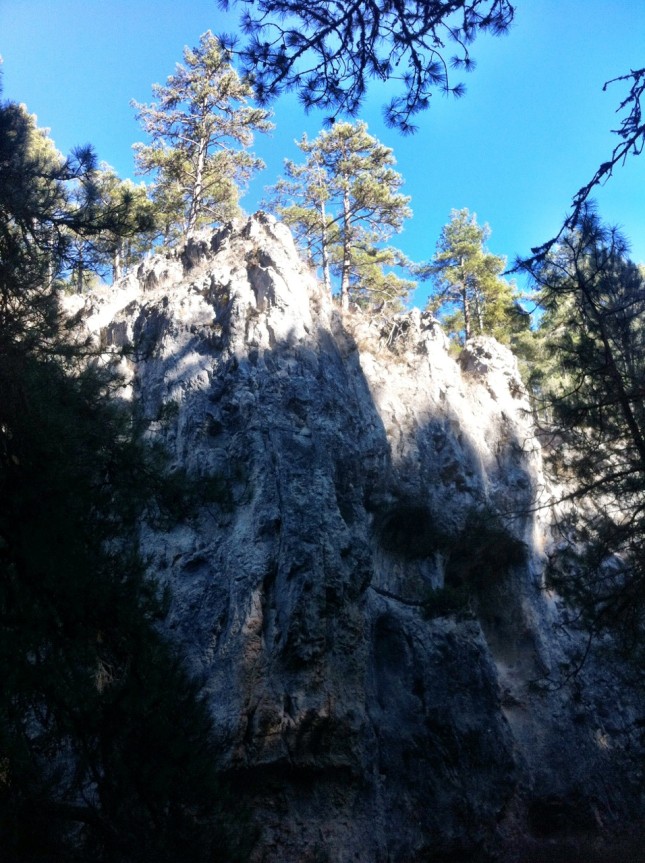 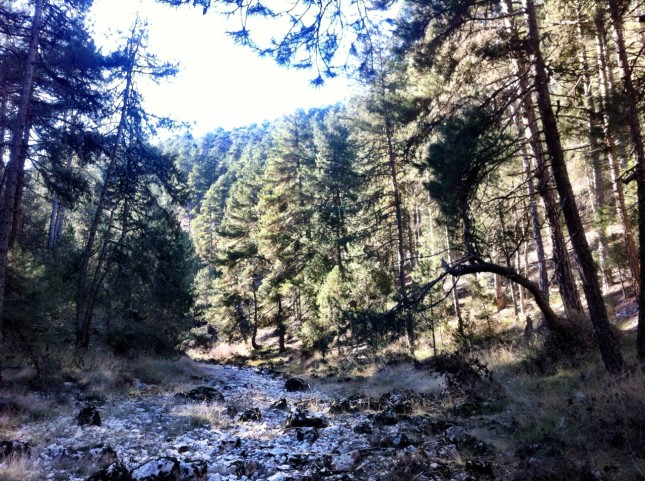 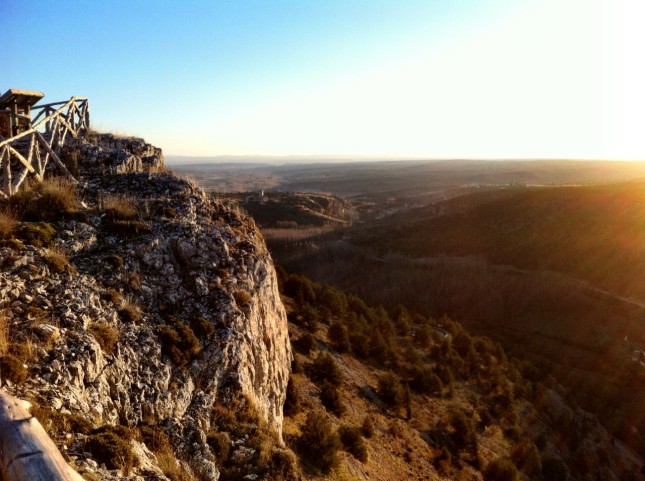 Fortunately for us another sunny day, so another chance to get out and explore. Weâ€™d moved the night before, climbing higher and higher through them mountains, well above the snow line to find the Col and drop down the other side. Remarkably there was a ski resort at the top, and it was open! We were quite tempted to stay the night, and there was another van of lads already parked up intending to do the same, but we decided to try and find a warmer spot for the night, and had sussed out that the CaÃ±on might be good place, lower down and ripe for exploring.

For the first time in Spain was found a purpose build free camping site for motorhomes. It looked newly constructed and we were sort of aware that the Spanish were taking a lead from the French in providing for tourers, rather than having them clog the streets. Unfortunately there was only a water dump and the fresh water was switched off due to the cold but we werenâ€™t desperate.

A peaceful night and then a nice walk from the top end of the CaÃ±on, although the lower end at Ucero is the more popular as the canyon is more dramatic (see the last picture, which doesnâ€™t do it justice as we got there at dusk with the van. The upper canyon was pine forest and the river was as dry as a bone, but very pleasant with sunshine filtering through the trees.

At the end of the walk we decided to head for what should be a campsite at Ucero, but we could see from the lookout point above that it was closed. We were also glad to have walked the upper canyon as the lower canyon is very deep and steep sided and we would not have benefitted from the sunshine. So we decided to head on for Soria, and another prospective campsite, only to find it appearing to be open (gates open, lights on around the site, TV and lights in the bar) but on raising the owner from their house, turned out to be closed. Plan C was therefore a parking spot the other side of Soria, but we managed to put slightly wrong lat/lon into the SatNav and ended up in the north of the town rather than the east, and obviously in the wrong place. Only about 3 miles out, so a quick jaunt around the ring road and we found it without problem. No services but a gravel bus parking/pull in area, and with a lorry parked up (although he didnâ€™t stay the night).

The evening started uneventfully but then got more interesting around 3am when we woke to hear a strange gurgling noise coming from the water heater and the water pump running continuously. We presumed that the safety dump value had operated and switch off the water pump, I looked out the window to see a frozen puddle extending from under the van. Strange we thought, that shouldnâ€™t have happen if the heater was running as its a frost protection device, so only dumps if the water is likely to freeze. Alas this means that because the water pump was switch on overnight, the remainder of our fresh water was now bathing the parking area and not us.

The heater also runs the space heating, and luckily for us our model is designed to be run without water for space heating, so we could go back to sleep and worry about it in the morning. I woke about 7am feeling distinctly chilly to find that the first of our two gas tanks had run out (only one turned on at a time) which we had sort of anticipated anyway, not a result of the nights drama.

Without water to wash, we breakfasted and headed off for Zaragoza, which had been the plan for the day anyway. We knew the campsite there (Iâ€™d stopped there 2 years ago on my solo trip back last time) and a bigger city would mean there should be a motorhome centre somewhere should parts be required.

Once checked in and on the pitch, we were able to empty out the garage and investigate. The floor of the garage was wet, and the dump switch hadnâ€™t operated (it has a button on top the drops down to dump, and it was still in the closed position) so we feared that there was a burst pipe somewhere. Oddly, there was no evidence anywhere near the heater or further through the floor gap that water had come from anywhere, but there was a layer or water and ice on the garage floor. Weâ€™d stored beers in there and the box was wet but none of the beers had popped which was a risk at low temps, so we were flummoxed as to where the water had come from or escaped via. When we checked underneath first thing, there was a long icicle hanging from the dump pipe and that appear to have been the exit point for the water, but no apparent source.

The only thing I could find was where the hot water take off left the top of the heater, the pipe was only on one notch of its fitting (should have been 3 notches) although the jubilee clip seemed to be holding. After weâ€™d refilled the fresh water and tried everything to check for leaks, this was the only thing that could have been the source. I wiggled it a bit and water seeped around the join, and so it seemed likely. I refitted the pipe and secured the clip and hopefully thatâ€™s solved it. I can only assume its been shaking itself free for some time and chose now to make its bid for freedom.

So all dried out, and weâ€™ll try it tonight (this time with the pump switched off) and hope for the best.

We both managed to make the most of the rest of the day and got some work done, Mel sitting outside making the most of the sunshine. Its about 10 degrees here at the moment but with the sun out its comfortable to work outside. Itâ€™s a big site and a number of other Brits have arrived during the day who are variously going north or south. There is also a large local contingent who seem to be here for longer periods, those who are living out of caravans to take advantage of local work perhaps away from home and the rest of the family, but you get that quite often at campsites, even in the UK. Weâ€™ll probably go and take advantage of the city nightlife later, I particularly enjoyed the Tapas on my last visit and there is [great big Basilica](/life/zaragoza-and-the-basilica-of-our-lady-of-the-pillar) and the town is the home of the artist Goya, so plenty to see and do.