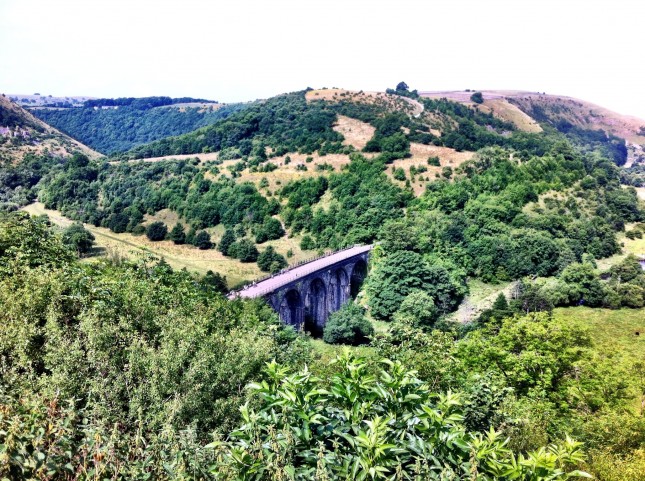 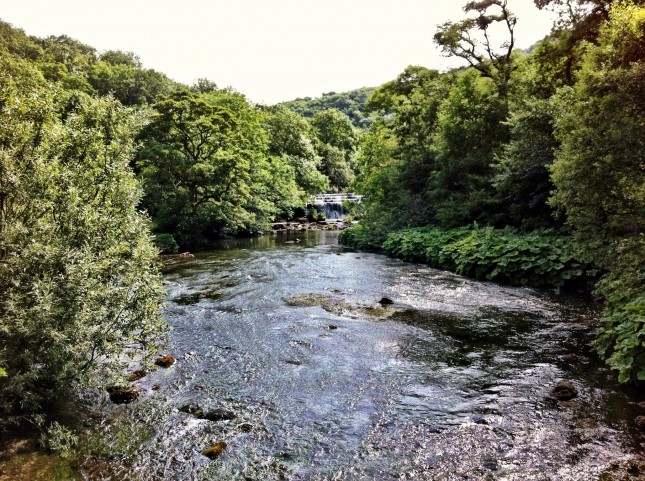 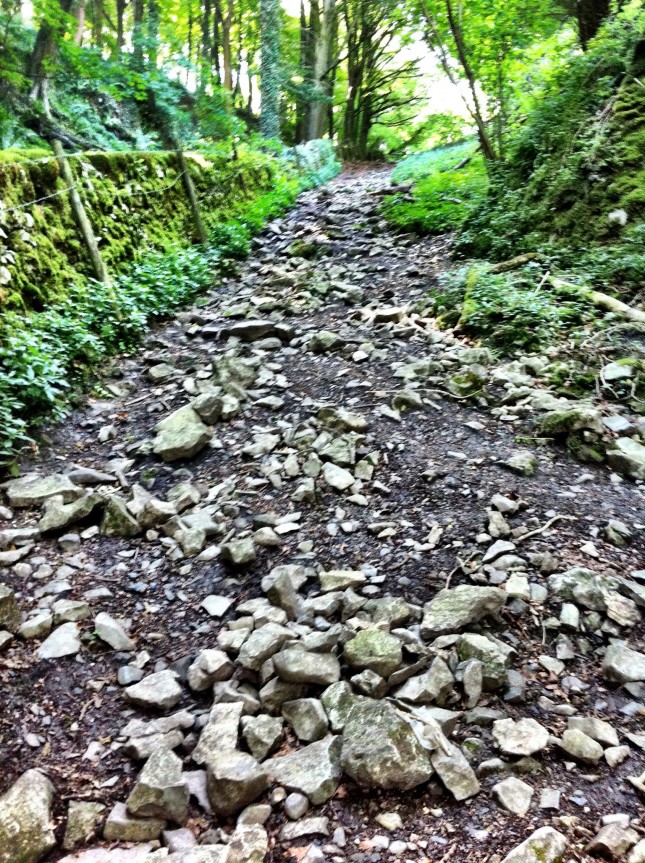 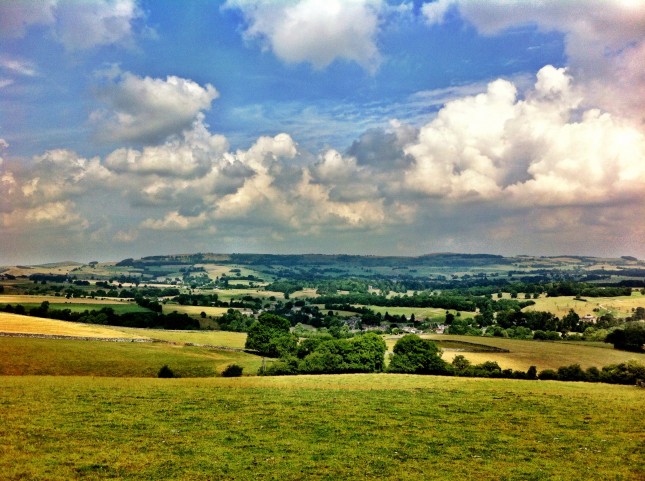 Saturday, our last day in the Peak District for now, but no need to waste the opportunity for another walk. The sun was, after all, shining, but with the promise of thunderstorms for the evening and the journey back to Somerset.

Starting from our lovely farm site in Little Longstone, a short walk brings you to Monsal Head, a deep and snaking valley with a viaduct over, that used to carry the Manchester to London trains. The track bed in now used to form a cycle trail 8.5 miles in length linking Wye Dale to Bakewell.

We took in the views, but instead of descending to the viaduct like the rest of the day trippers, followed the footpath down into Monsal Dale for a very pleasant walk along the river and through the valley. The pleasure soon turns to pain as you climb out of the valley alongside Great Shacklow Wood, the path being like a vertical, boulder strewn wall. Mel commented that the last time we encountered something this steep it was trying to walk up the face of a black run in St Gervais, France wearing snow shoes. That about summed it up.

Once on top, we crossed dry stone fringed fields to the village of Sheldon, where we stopped in at a B&B/café for a cuppa. At first it was hard to raise anyone, the place obviously open but deserted. I resorted to calling the telephone number at which point I heard banging around upstairs, the phone answered and a young chap came scurrying to our attention. A few minutes later a young lass, also working there appeared, them both most apologetic for the delay. We smirked at each other, they’d obviously been upstairs taking advantage of a quiet moment by ‘making the beds’, so to speak. Snigger, snigger.

After the pit stop, more fields followed by the descent into Bakewell. The regular shopping area was not something to be tolerated on a hot day, so we found a deli for lunch, then crossed the road to another with several styles of Bakewell Tart on offer to procure something for pudding at supper time.

The return from Bakewell was straightforward, a packhorse bridge on the edge of town, another climb up a hill and a descent onto the Monsal Trail for a short section before crossing fields, through Great Longstone and back to the site. A nice 9.5 miler to round off what’s been a fabulous few days in the Peaks.

Whilst wending our way home in the van through the southern section of the Peak District we passed through a fabulous area around Longnor with the most picturesque jagged peaks rising sharply from the valley floor, and also the moors to the north-west of Butterton, plus the fab view from the Mermaid public house just above the A53. This is an area we shall endeavour to return to in September when we need to come back north to retrieve sculptures from their exhibitions.