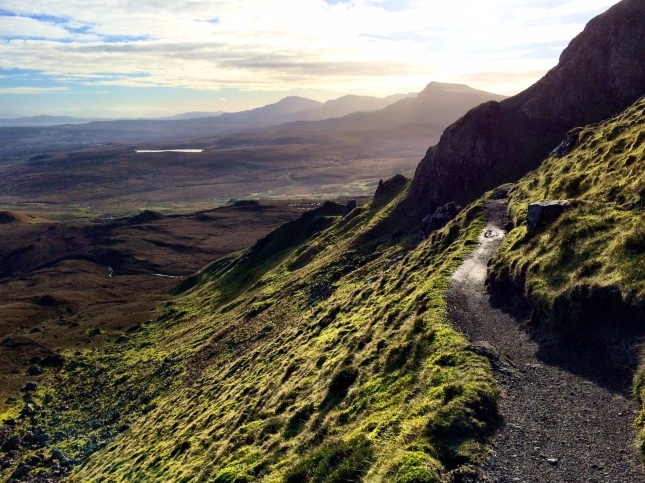 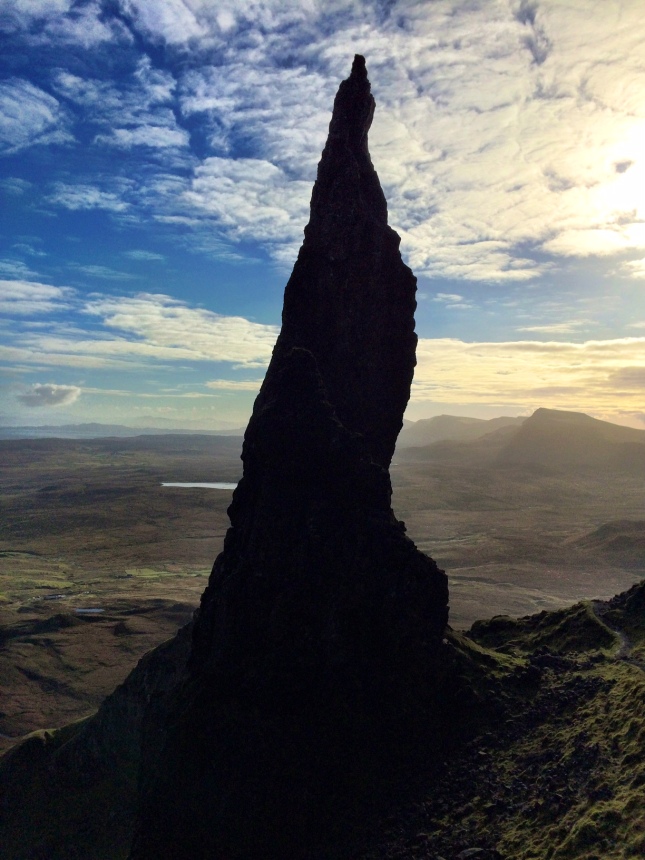 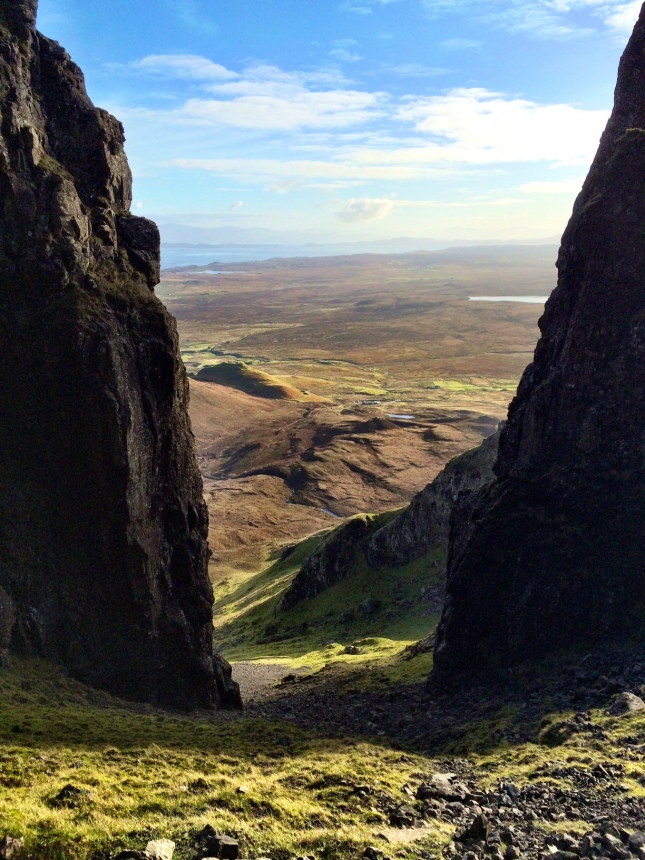 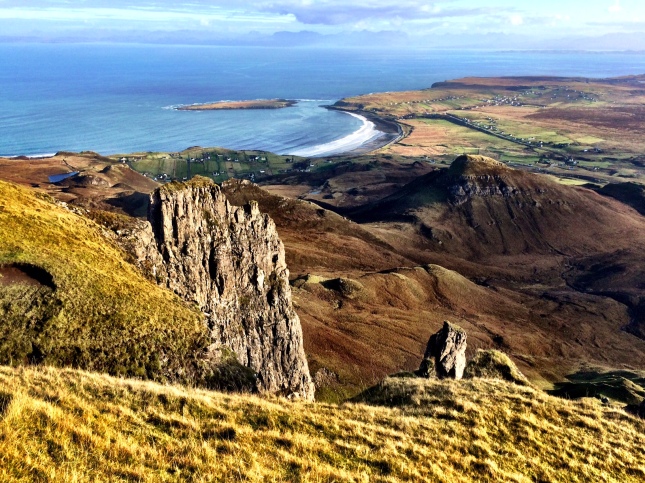 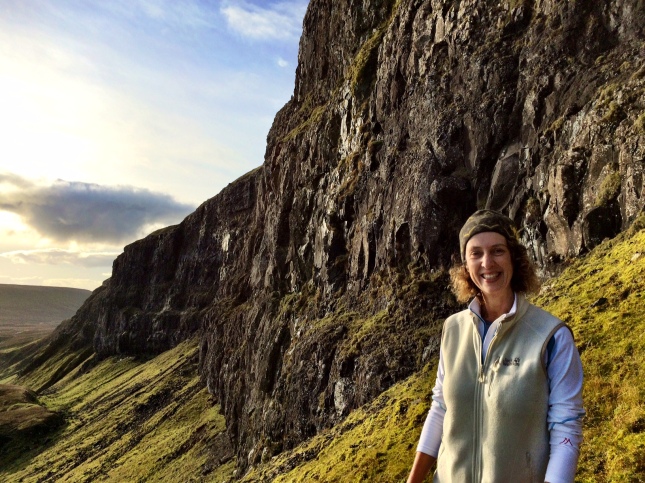 A break in the weather, and a gorgeous sunny day for a walk. On waking we found we had neighbours, an Aussie couple also touring Scotland, who advised us that the previous day they’d walked the Quiraing, and what a fab view was to be had. We had in mind The Old Man of Storr, but that was a shorter walk than we wanted, so the recommendation helped guide our way.

The Quiraing juts out of the northern tip of Skye, the Trotternish peninsula, and looks like it should be a set from Jurassic Park. Watch out for the pterodactyls!

A well defined path takes you along the base of the escarpment, although it still involves a reasonable climb to reach. A few cuts through the cliff look climbable rather than walkable, but no obvious way through until we round the corner, taking in the impressive view of the west coast as we do.

We spy some people heading up through a larger gap, so head after them, only to find that when we catch them they are as clueless as we are. Several people are milling about try to work out how to get up through the last wall of cliff to the summit.

We all have to give up, so head down a different route which turns out to be a steep, rocky and loose scree slope that takes some negotiation by the seat of the pants (literally) before we finally arrive back on the main path.

By the time we get back to the van, only 5 miles covered, we are out of daylight for also bagging The Old Man, but never mind. Still a fracking day out, and a fitting way to round off our circuit of the Highlands.

We decide, with two days of pish forecast, to start heading east so we can enjoy a couple of days around Dundee before heading to Edinburgh on Monday to meet friends coming to stay with us for a few days. We’ve rented a cottage near Linlithgow, so we are in easy reach of some walking and Edinburgh city centre for some culture!

1 thought on “Quiraing, Isle of Skye”