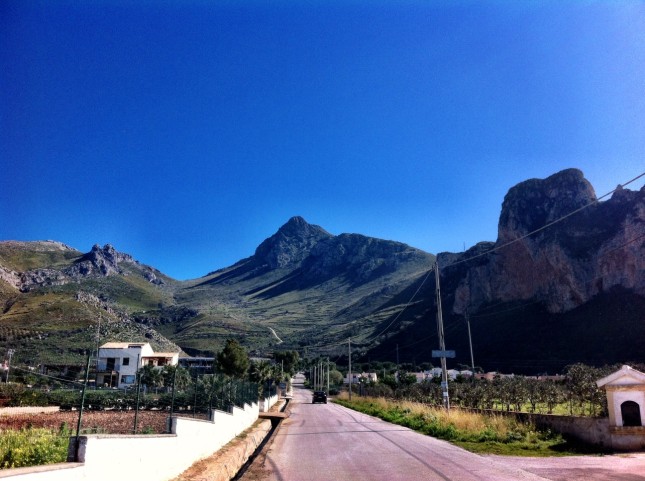 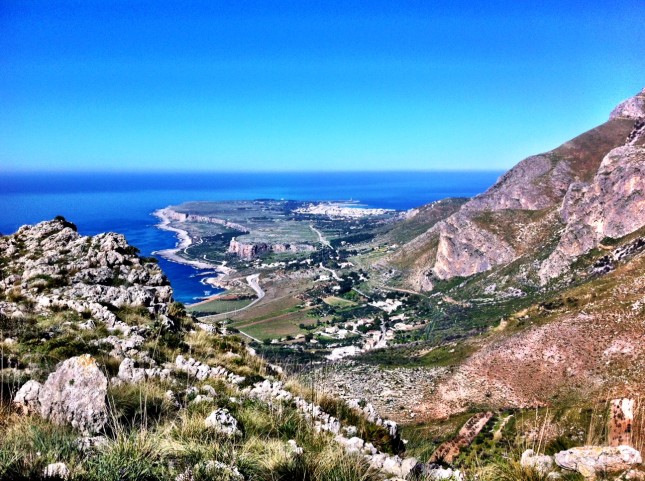 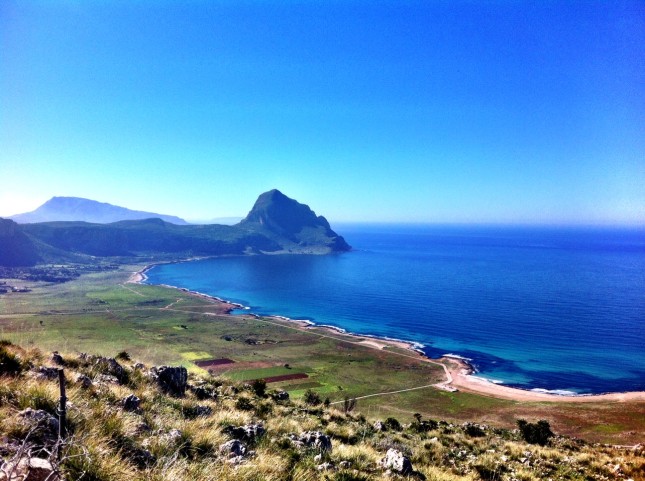 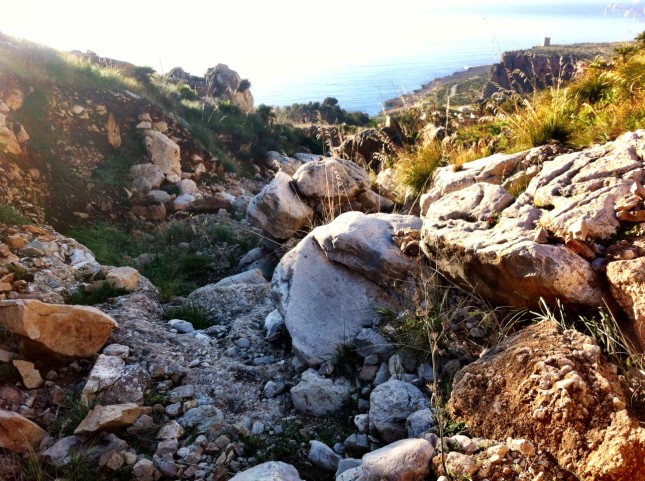 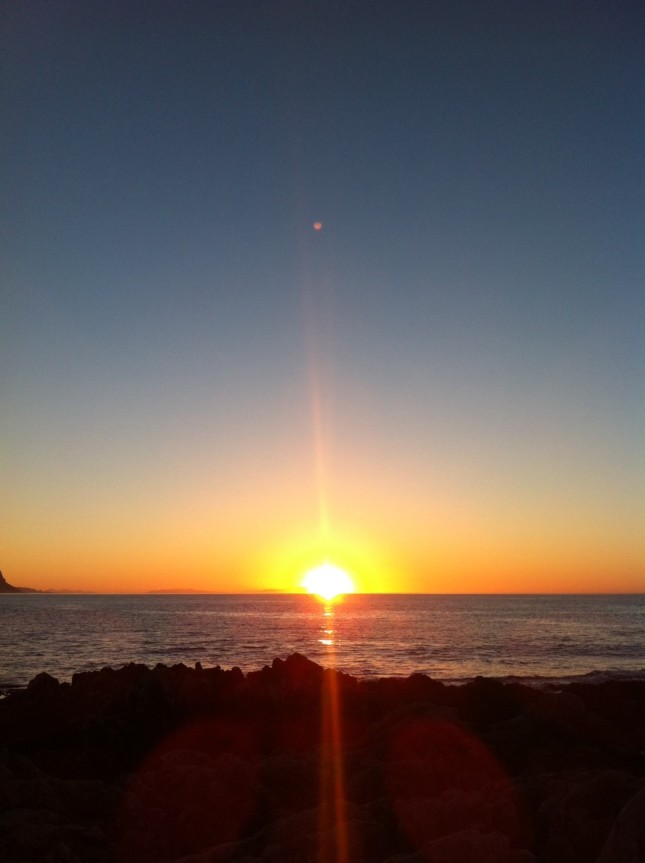 As George Formby would have said – ‘turned out nice again’. After the slightly unsettled period things have calmed down and we’ve had a couple of lovely blue sky days. Yesterday we managed to get out for a decent hike up into the hills. It’s a bit challenging around here trying to find where the foot paths are. This side of the ridge of hills is not part of the national park, so I guess you are on private land and there is little marked, but there are tracks here and there.

We head up a concrete roadway to start with, into a valley criss-crossed by many old stone walls, now largely in a state of disrepair. This track headed up to a ridge on which there were some telecoms masts, and we found a path running out the back of this an off further up hill. This led us to the edge of the national park up on the ridge, although there was a fence marking the boundary, but it was called down in several places so we hopped over, then found a nice spot with a view both sides of the peninsula. The picture of Mel eating her lunch shows the Gulf of Castellammare, with Palermo airport in the distance (Palermo itself is around the headland).

We walked along the ridge for a way, then took the next valley to make the return. Unfortunately the track we followed came to a halt with no footpaths leading off, and a big climb back before we could see another likely track, so we headed on down the valley, stumbling over boulders and tufty grass for a mile or two. It led us into a stream bed which was strewn with boulders, and the further down we got the bigger the boulders, to the point where they were bigger then us – much bigger! We kept finding little water falls (dry, there was not running water), but which meant either clambering up to 20 feet down, or climbing out of the stream bed (just as high) and then trying to skirt around.

We eventually made our way out onto a road at the bottom, by which time we’d pretty much had enough of boulders! It was pleasant to walk along the road back to the campsite. The weather was good again today, although a little gusty at times around the middle of the day, and we both managed to get on with some work. Mel has now packed up ready for the return home, so tomorrow we will relocated a little closer to Palermo ready for the drop off for the flight home. Then I shall be back here, unless I find something even nicer in the meantime!

1 thought on “Sorry to Say, but it’s Blue Sky Week”