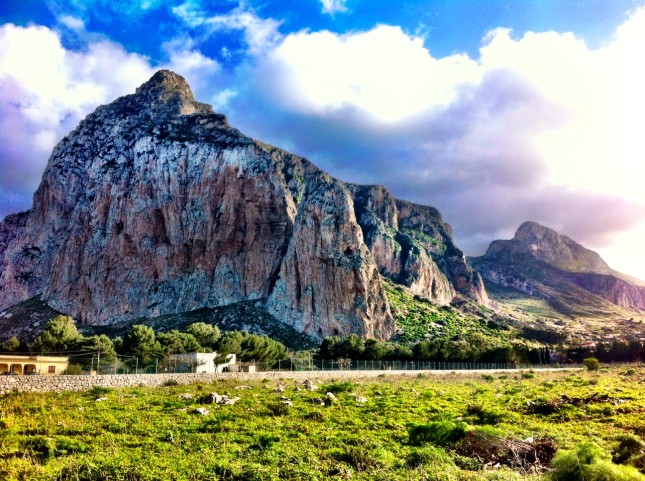 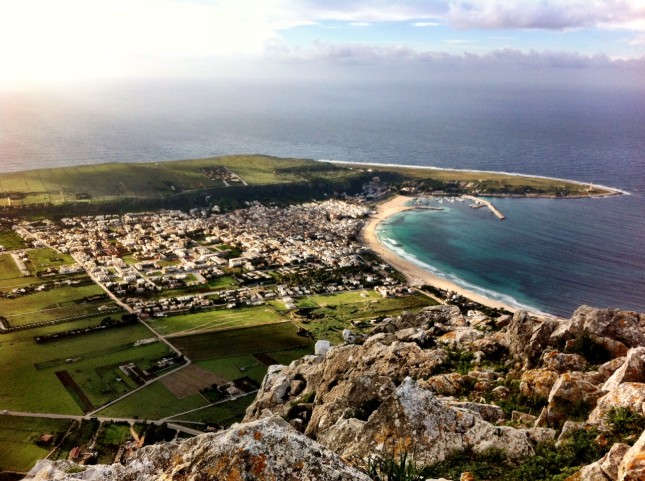 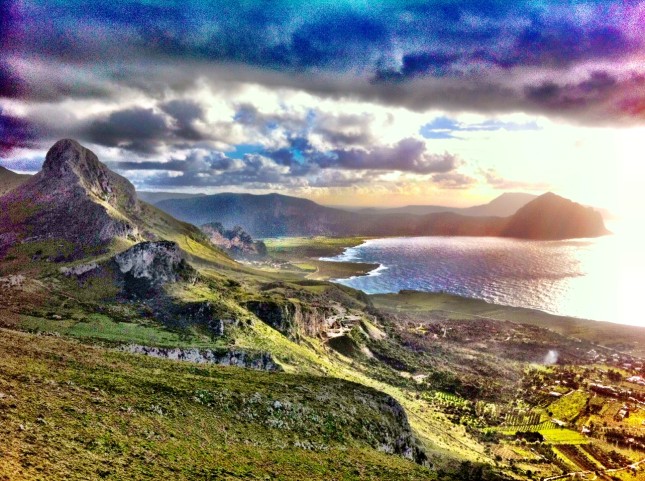 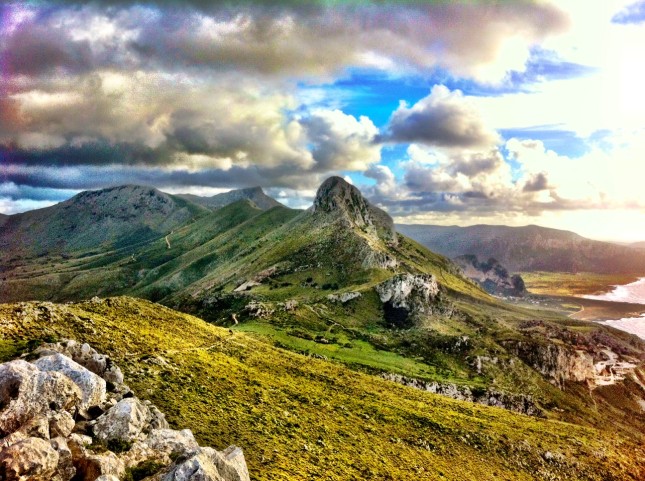 After going around one hill (Monte Cofano), that one right next to the campsite looked like a good candidate for ‘going over the top’. Monte Monaco stands 530m over the little town of San Vito Lo Capo, almost sheer on three side, and the abrupt end (or start) to range of hills that make up the Zingaro National Park.

Not all that far at about 3 miles from the campsite to the summit, but it was a pretty stiff old climb. Still trying to get the legs back on form for skiing in March, so I did my best not to hang around. Not sure of the time, but somewhere around an hour, so not too shabby. The views from the stop were stunning, with the ridge snaking away south, and those sharp descents to the valley floor below, particularly on the north side – 1500ft of straight down!

Unbelievably there is a marble quarry right on the top! God knows how they get the equipment up, or the stone back down. Ok, there is a track which is drivable down the other side of the hill, but still. We still haven’t discovered how they cut the marble out, although we’ve deduced that its a sodding great circular saw going by the saw marks on the exposed stone, but the machine much be massive. There are plenty of quarries around here, but we’ve yet to see the machine that does the job.

Yesterday we did nothing but sit near the shoreline, watching the waves rolling in, and then we moved down to the beachside carpark and stopped there for the night. 5am I was awake, the van rocking and rolling (don’t titter). The stronger winds forecast for today had arrived early and we got battered again for the remainder of the day, with a slight respite midmorning. Sun shining, and the air temp really warm for a change, it was a shame to contend with the wind.

By all accounts the UK continues to get a hammering and a drenching. Mel is starting to worry about getting back from Gatwick airport on the 18th, what with train services disrupted, which probably means few places on coaches or other means of transport. Fingers crossed.