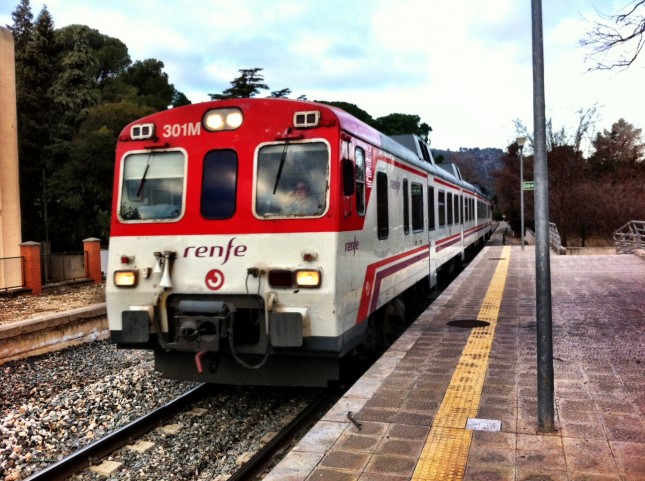 Ooh, our first Spanish train ride! A little two car diesel jobby that takes is direct from Navajas to Valencia. On time so far!

You buy the ticket on the train, and the conductor was very helpful despite not really speaking an English to compensate for our non-existent Spanish! ‘Regreso’ was the word Google Translate suggested for ‘return’ but I don’t think that’s right. He used a different word. Not sure what though.

Despite having done nothing to revise Spanish before getting here, I am starting to pick up words and phrases from the various interactions, signs and notices. My Spanish will easily be as good as my French in no time at all – that is to say, hopeless!