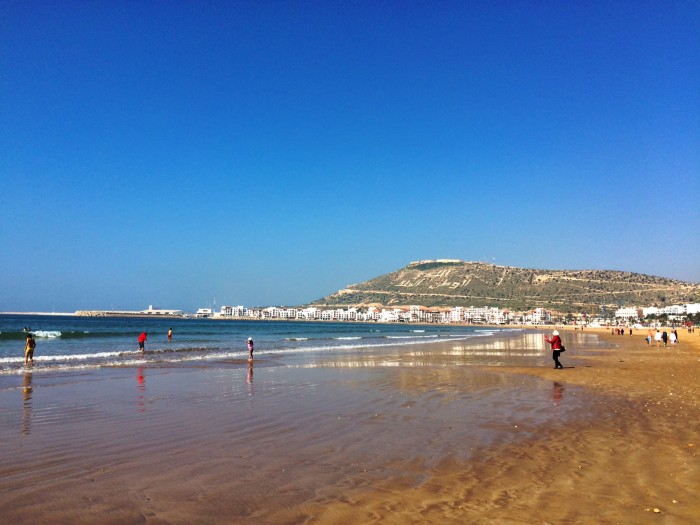 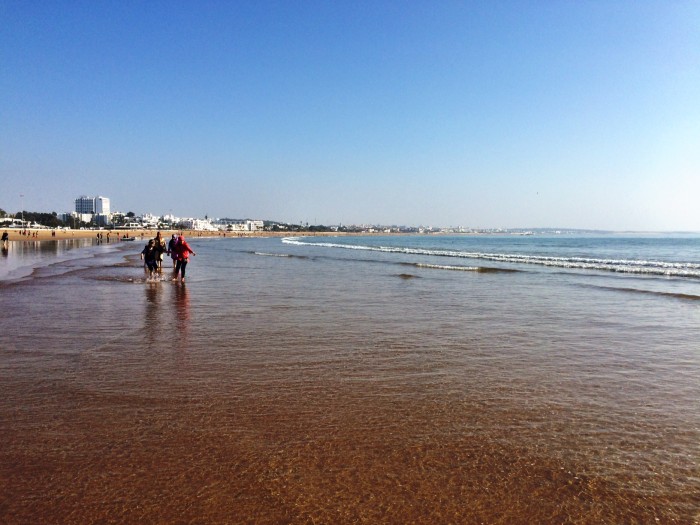 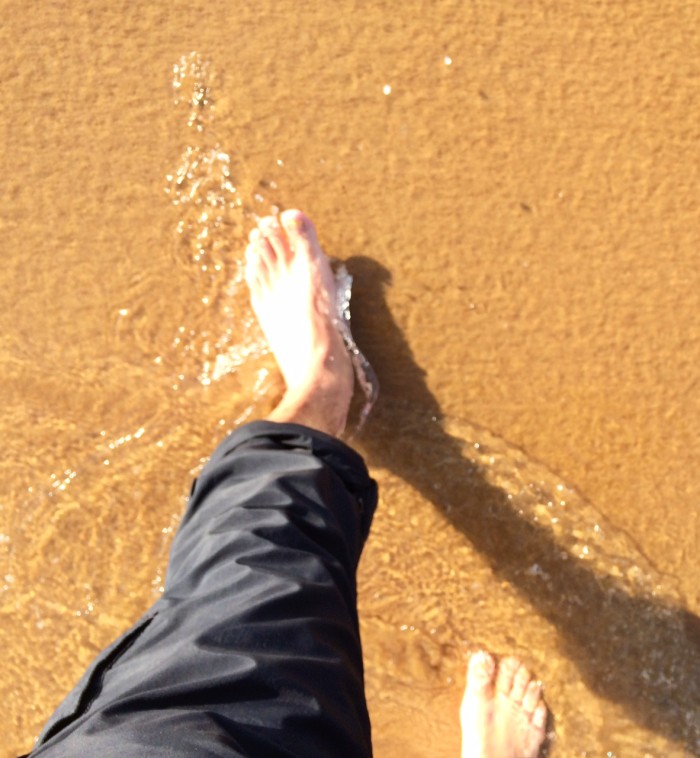 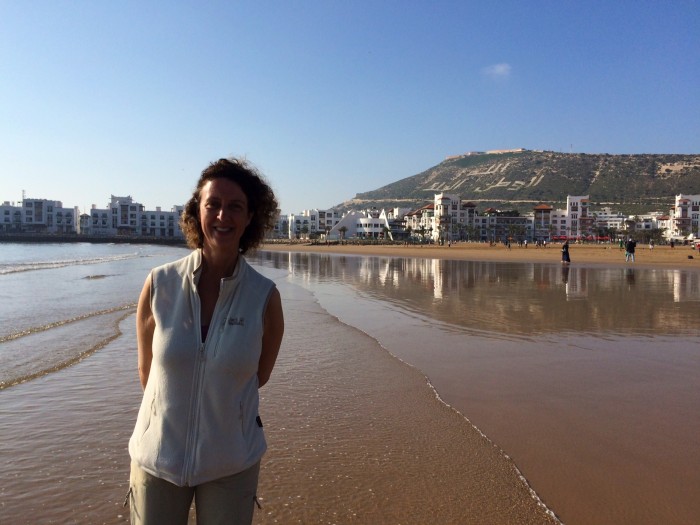 Arriving just as the sun was setting after about 3 hours on the bus, the beach stretched out before us. We are staying at the Al Moggar Club Beach hotel complex. I don’t think I’ve holidayed in one of these before, for whatever reason. This one is straight out of the sixties or early seventies. I think there was an earthquake here in the 60s that levelled much of the town, and so I suspect this was one of the first to rise from the ruins. Despite its apparent age, it seems to be holding up, although we a definitely in 3 star territory.

Can’t complain about access to the beach though, literally out of our room door, through the gate onto the promenade, and there it is.

We wandered around the swanky marina last night, and found ourselves somewhere more humble for supper. Both of us had reached the Tagine limit, so it was good to find a half decent Italian for pizza.

Today was ripe for a good walk along the beach, particularly after the excessive breakfast (but they’ve all been a bit like that). Not helped but the breakfast item that could be best described as deep fried donut (I know they are deep fried normally, but this was like a cross between thrice cooked chips and battered fish). Probably about 1000 calories a pop. Had to be done, but probably only the once.

So the walk was about 10 miles, including a shoes off in the sea opportunity. Just so you know you rally are on the beach. Waters surprisingly warm, but not too many people prepared to brave it.

Now just wondering, what to have for supper?