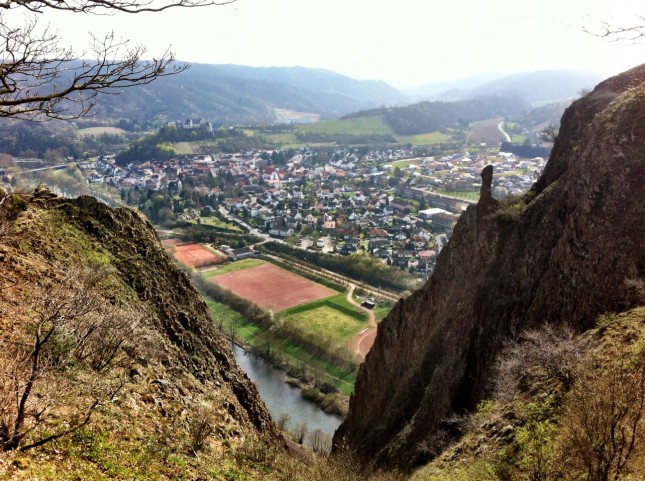 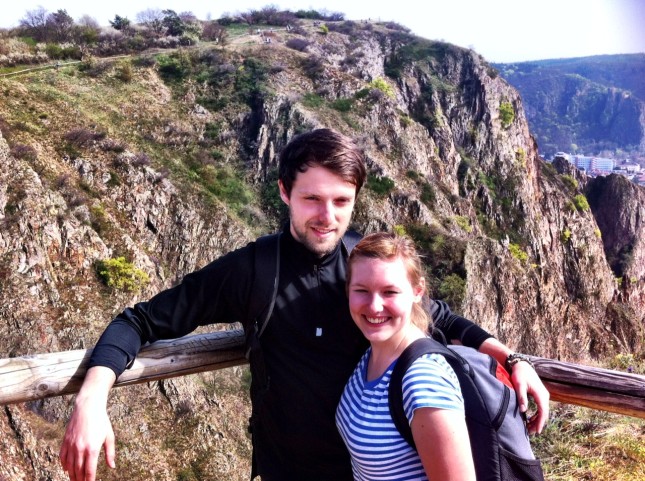 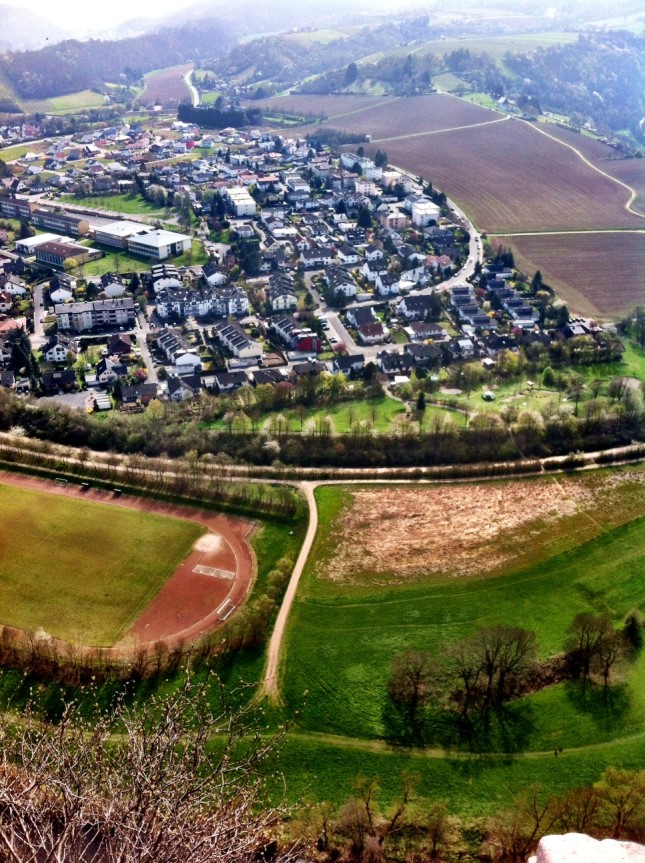 Sunday, and a slow start, what with the time change. But another day to take a stroll, this time a little shorter than perhaps planned, but it was a good sunny day, so a stroll was probably a better idea than a hike, and by the time we’d found a beer garden within the first couple of miles, well that pretty much sealed the fate of the day. Still, we got a good walk around some woods overlooking the spa town of Bad Kreuznach (with it inhalatorium, where you sit outside and breath salty air). We also got to climb to the top of Rotenfells, alleged to be Europe’s highest sheer rock face north of the Alps, at about 200 metres. We were underwhelmed at first, until we realised we were looking at the wrong bit, which was a rather steep drop, but a nice view too.

After the shortened walk we headed into Bad Kreuznach and found a riverside restaurant, enjoyed more Schnitzel (what else is there?) and more beer, followed it up with Italian Gelatto style ice cream (a darn sight cheaper than the Italian prices, although perhaps not quite up to the standard), and then sat about at the campsite drinking yet more beers. Sebastian had done us proud with a plentiful and wide ranging selection of German beers, we we did our best to make inroads, and then he was generous enough to allow us to keep the remainder, which should keep us very happy for a few days!

It was great to meet up with Sebastian and Nadine again – I first ran into them (or perhaps more aptly stumbled into them) on the South West Coast Path last year, and we spent several enjoyable days together then. It was a marvellous treat for them to drive south to meet us, and we had a lovely time again! They are now planning on a year in New Zealand from early 2015, so I hope we get to see them again before, and perhaps even during that trip!

Thank guys for a smashing weekend!