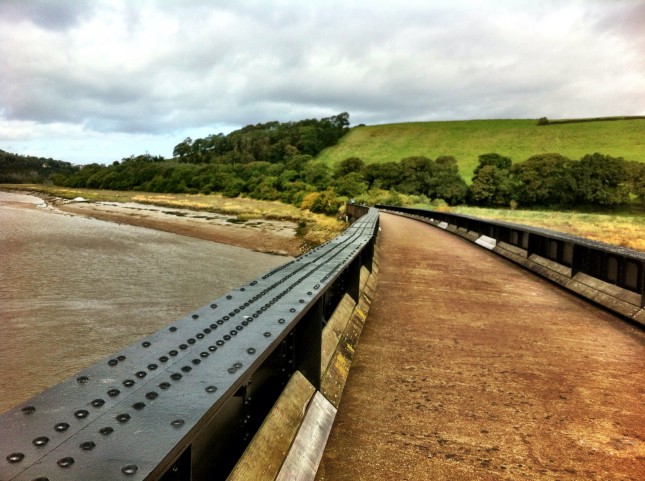 Mel and I spent the weekend in Great Torrington, North Devon, as she was taking part in an exhibition there. We took the motorhome again (we are starting to get a good bit of use out of it, now that we are starting to get itchy feet as the winter approaches) and packed in the bikes alongside the sculptures. As Mel had to man the stand all day Saturday, that mean I had the day to go for a wander. 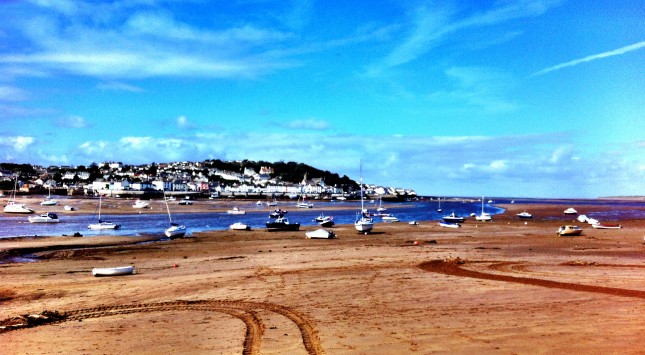 The campsite ([Smytham Manor](http://www.smytham.co.uk/)) had direct access to the [Tarka Trail](http://www.devon.gov.uk/tarkatrail) via a short track through the woods. I opted to head towards Bideford and Barnstable, and was blessed by a fine sunny day, with only a slight wind to slow me down at points. I toddled out as far as Barnstaple, the stretch around Instow being the most picturesque. The Tarka Trail follows a disused railway line that runs for about 30 miles in all. The stretch south of Torrington is compacted gravel and a little lumpy, but north of Torrington is all Tarmac and easy going. There are some inclines around Torrington which are best described as annoying. 40 miles in all and my legs were creamed by the end of it, just goes to show how little cycling I’ve done this year. 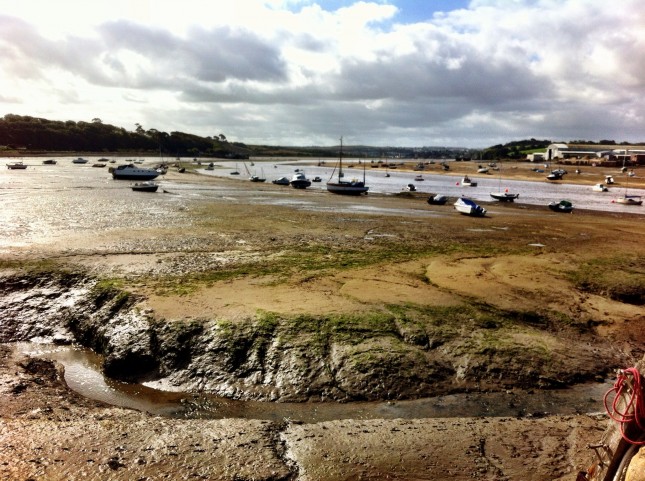 But it was great to be back in the saddle and the weather was kind and added greatly to the enjoyment. Sunday we both had time to cycle south to Meeth where the trail ends before continuing as NCR 27 & 3. One thing I particularly liked about the whole trail is the there are regular refreshment stops, pubs and cafÃ©s directly on the route, and it was obviously a popular weekend activity for locals and visitors alike. Quite often I thought I was in France again, spinning along the side of the Loire. 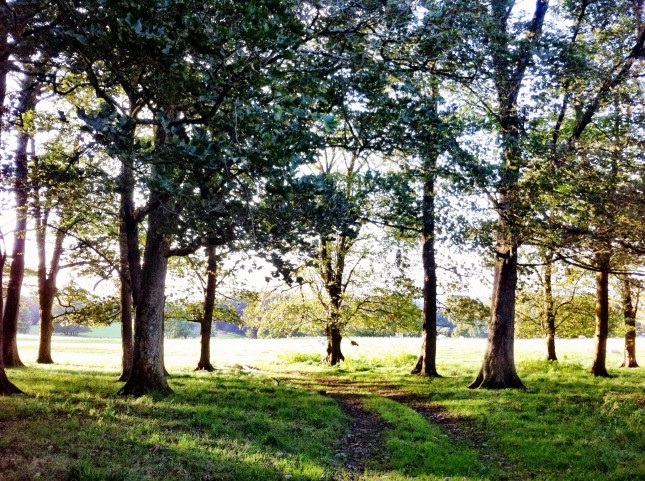