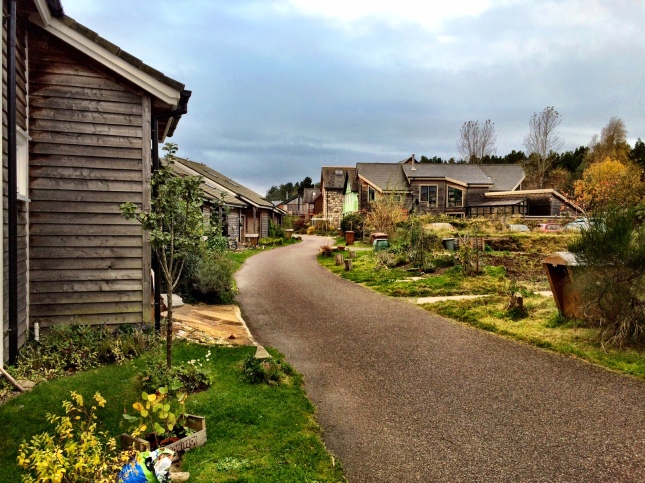 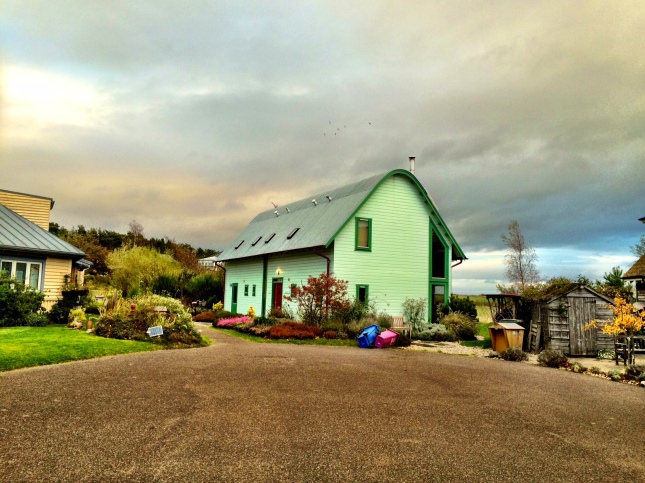 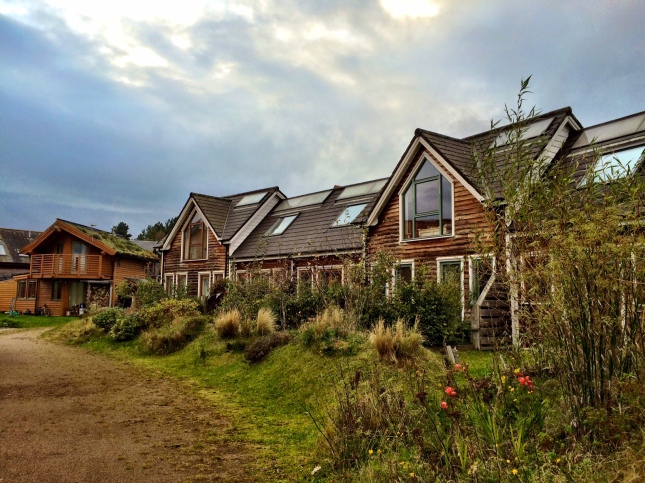 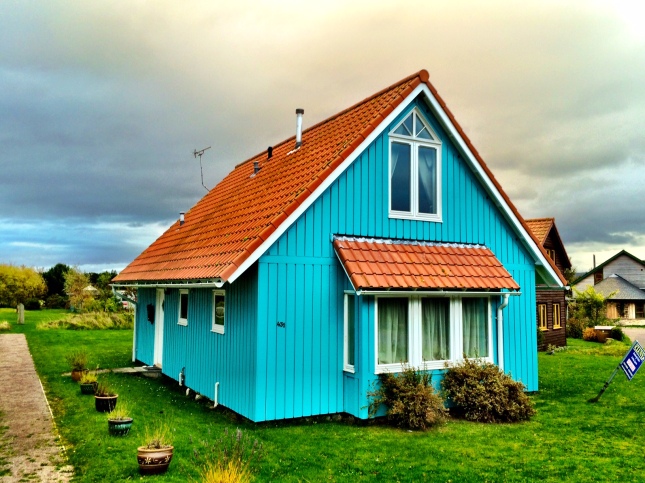 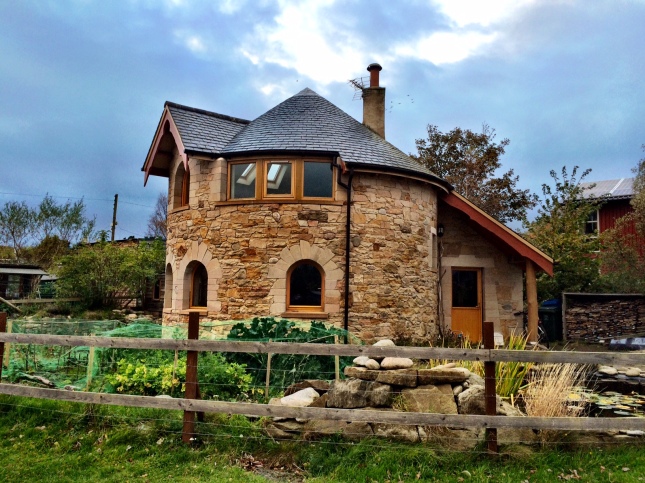 Forgive the radio silence for the last few days, but in coming to the east coast to avoid the worst of the rain hitting the west coast, we wound up at Findhorn, checked in and dropped out, so to speak.

Findhorn was established in the 60’s as a community for spiritually minded people. What started with a caravan on the edge of sand dunes has developed into a community of some 300 people, living consciously, striving for sustainability.

We took the tour on Monday and learn about the history and ethos, and enjoyed a lovely chat with our fellow tourees over coffee and cake afterwards. We say out a wet day on Tuesday, and then on Wednesday decided to do a Short Term guest experience. This means you can live as other members do, take part in a helping out with community chores such as cooking or tending the gardens, and be rewarded with two cooked meals shared with other community members. Unfortunately we couldn’t join the kitchen crew as we wanted to as there was a youth training workshop, but instead we got directed to the Homecare Nest. This meant cleaning duties!

Each work session begins with the team coming together to discuss the day and become ‘present’ for the task in hand. A short silent meditation and then off to work. We went off on different directions, met up again not long after for tea, then another short spell of work before lunch. Not exactly a hard day’s work. Lunch was shared with quite a crowd of other community members and a chance to chat with some of those at our table.

There is a wide range of ages and nationalities, many longer term guests on various training courses in the skills they make the community work, and it’s principles of Eco and sustainable living.

The afternoon to ourselves we went off for a walk along the beach before returning to the community centre for supper.

In the evening I went off to a lecture but Mel wasn’t interested so went back to the van. The talk, which I had to pay for, was by Gordon Buchanan who is a TV wildlife cameraman and presenter, who talked about his life’s work and more recent expeditions. Pretty entertaining and interesting, but I’m afraid I despise the style of TV he works in. Not his fault I’m sure, but I can’t stand what is science being dressed up as drama, all beat driven backing music and breathless voice overs trying to make it sound like some life threatening endeavour. As he illustrated it has its moments, but it’s nothing like the programmes portray. Bring back David Attenborough please!

What interested us most was the community of Eco-houses, a far cry from the early caravans and static homes that Findhorn started out with (and which largely remains but repurposed). Whilst we weren’t able to learn much about particular techniques, the mix of architecture makes your average housing estate look drab and lifeless (which it mostly is to be honest). Inspiring. Food for thought should we decide to go back into a house someday!

Time to move on, assuming we can avoid the weather. Into the Cairngorms to see the hills whilst trying to move back to the west coast. Wet weather forecast everywhere over the weekend though. Batten down the hatches!