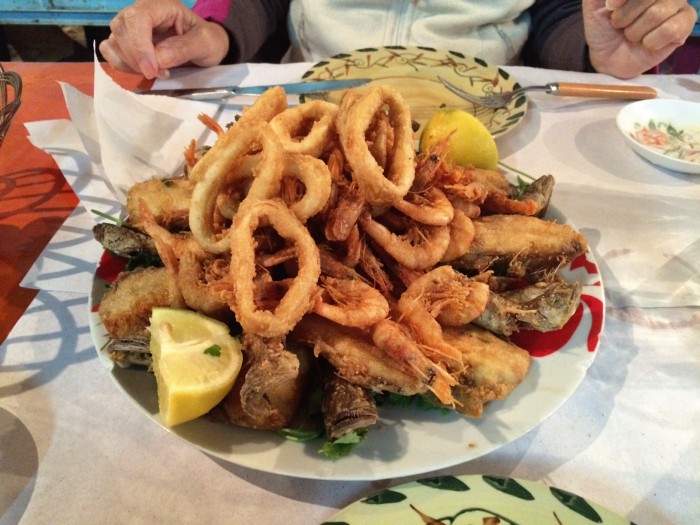 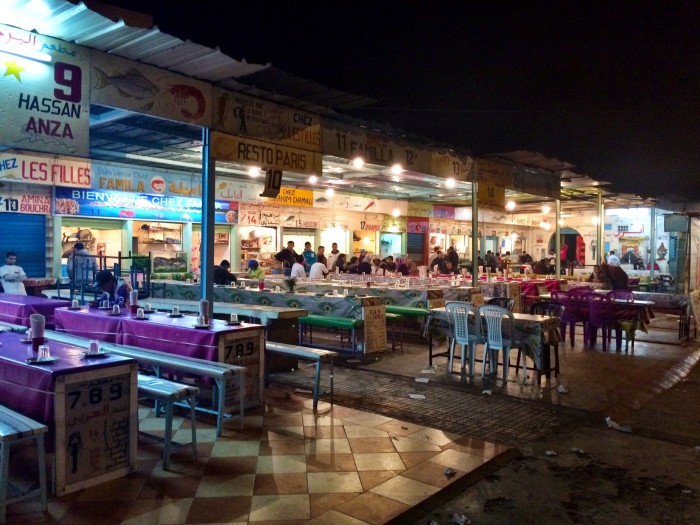 The harbour is somewhat cut off from the marina, but we wandered around the corner and a tout pestered and led us into the Aladdin’s cave of fish restaurant stalls. They all sell the same thing, and for a set price, so hard to choose, but as you wander they all ply their wares and try to get you to sit at their tables. It’s a hustle, bustle kind of place, plastic table clothes, smoke wafting from the grills and fryers, but all very honest. Not that many people there at 8pm, not sure if the locals wag early or late. There seemed to be a big noisy crowd around the back either watching football or lobster racing. Fantastic fun, definitely recommended.

We eventually plumped for one and got a plateful of mixed fish and large bottle of water for Â£9. We emerged half an hour later stuffed and retired for the night to do the beached whale thing.