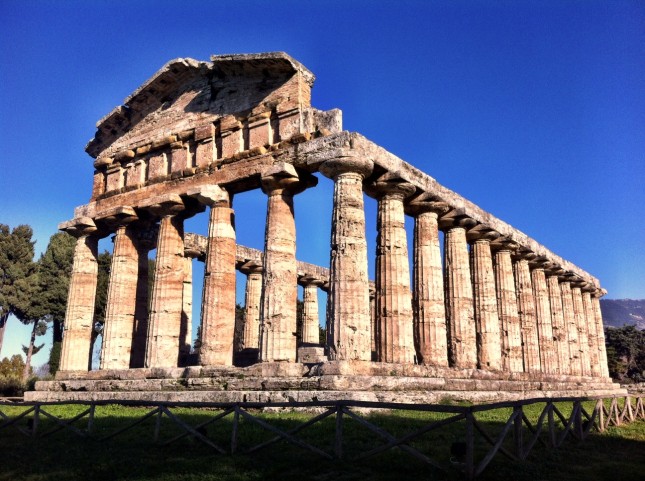 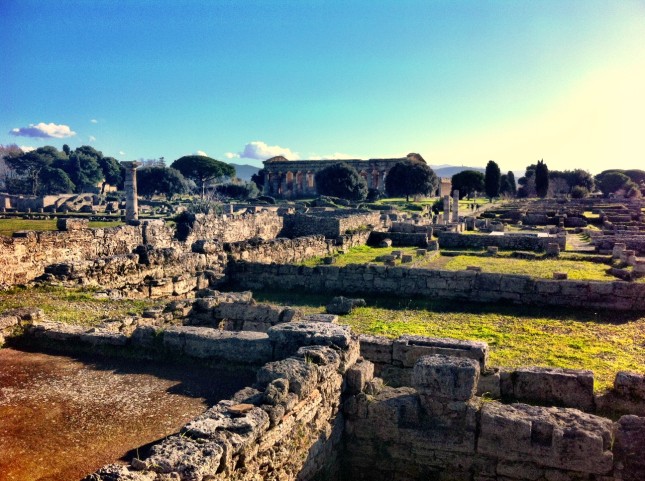 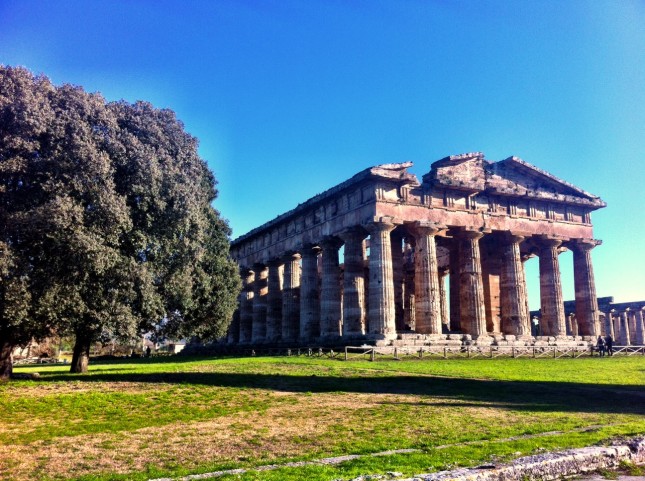 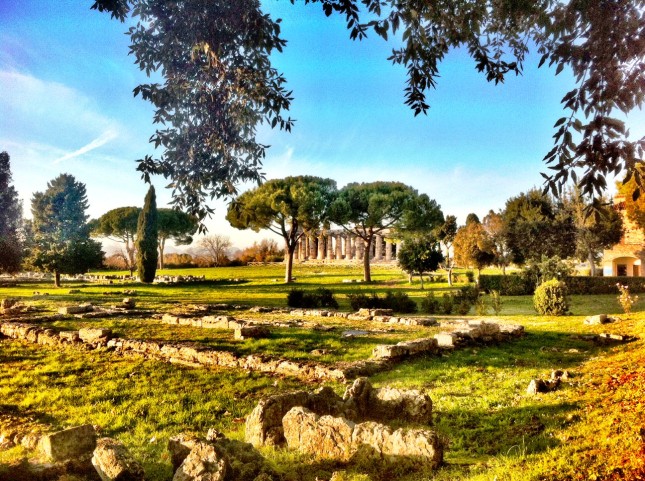 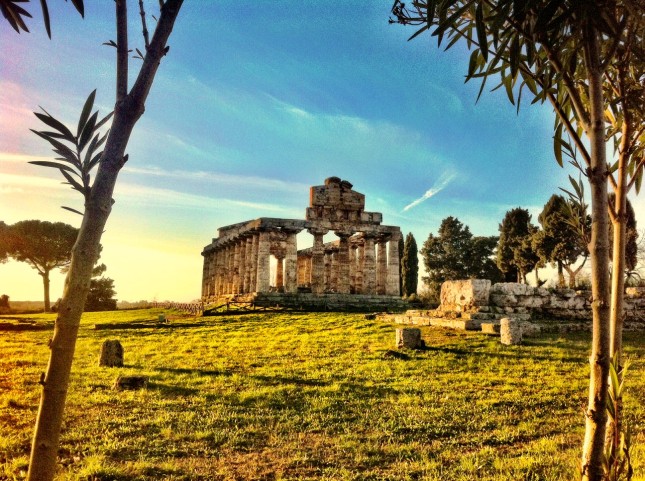 After 5 days in Pompeii we set off south. Driving back through the hills to Salerno meant we got to see another perspective on the bus trip from the day before.

Taking the coast road south of Salerno you get to drive right along the sea front, with waves break just 30 metres or so to your right. After an hour or so we arrived at Paestum, another site of ruins, but not after seeing the wares of the local ‘melon sellers’ (nudge nudge wink wink) lining the roads, and I thought quite brazenly, outside the police station!

The ruins were much more appealing it had to be said. Three temples remain standing giving a good idea of how the place looked, which Pompeii slightly lacked, but not it’s fault for being flattened by a volcano. Paestum just fell into disrepair, not helped by conflict, malaria and the fall of the Roman Empire but it’s a worthwhile adjunct to Pompeii. The museum is worth wandering around too to help put it all into context.

We’ve decided to drive the rest of the way south to Sicily although still planning on keeping the itinerary loose to try and avoid a little unsettled weather over the coming week.

Today was pretty damn nice though, I almost felt like sunbathing, and it was enough to prompt us into partaking in our first Gelatto, and very good too, and not the least stingy on the portion size. I’m glad I went for the small or I’d have ended up with over a pint of the stuff. Very good for â‚¬2.

2 thoughts on “Greek and Roman Ruins at Paestum”