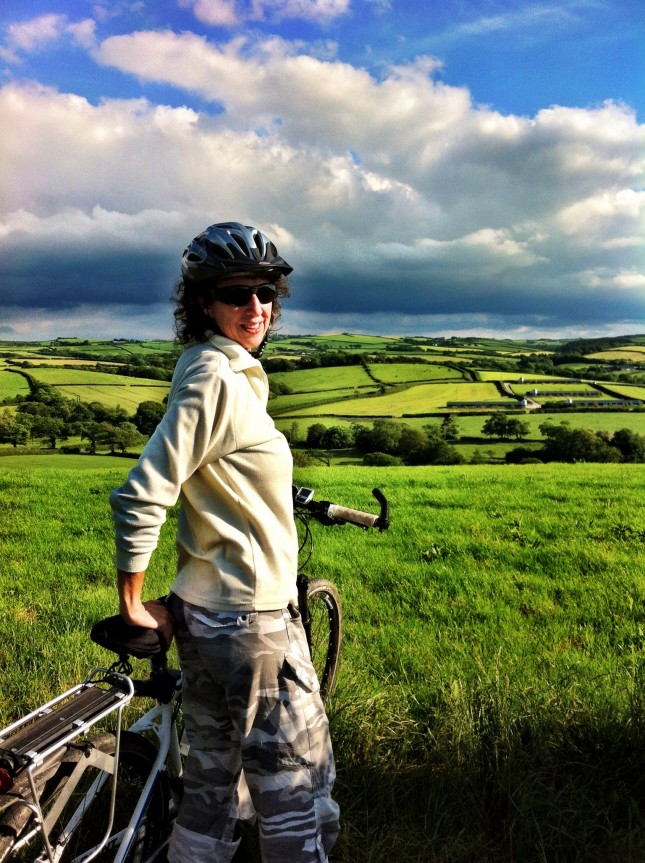 Well the Jubilee weekend turned out to be the par for the course pisser that pretty much sums up a British summer, although we did get one rather good day on Monday when the clouds moved far enough inland from the Bude coast to allow us to get out on the bikes and enjoy the sunshine. A short jaunt into Bude, lunch by the harbour, then a cycle along the coast to Widemouth Bay before heading back inland to Tamar Lakes.

More notable perhaps was the fact this was the first trip out in the motorhome since returning from France/Spain in March. Annoyingly I find it takes as long to stock the van for a weekend break as it does for a 4 month trip. I shall be leaving some of it in the van from now on, as we’ve had no success in selling it. Not that was particularly high on the agenda, so we may consider a trade in if we find a different format that takes our fancy.

Life back in the van was not quite up to the winter memories, but then it was pissing down all weekend, which is bound to put a downer on things. The bathroom seemed strangely cramped this time around, although maybe I just hadn’t adapted to the space in such a short trip, and also I forgot some of the toiletries so it was not so conducive to pampering.

Everything else worked as expected, and it was nicety be back on the road again, but could have done without quite do much traffic!

2 thoughts on “Inevitable Downpour for a National Holiday, but not all bad”