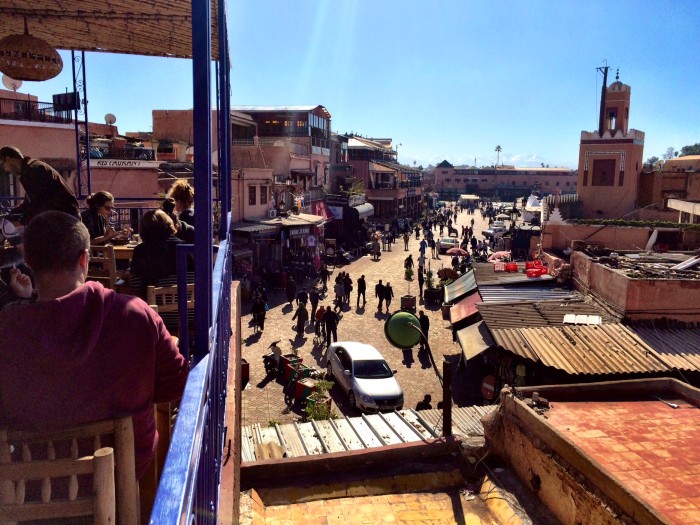 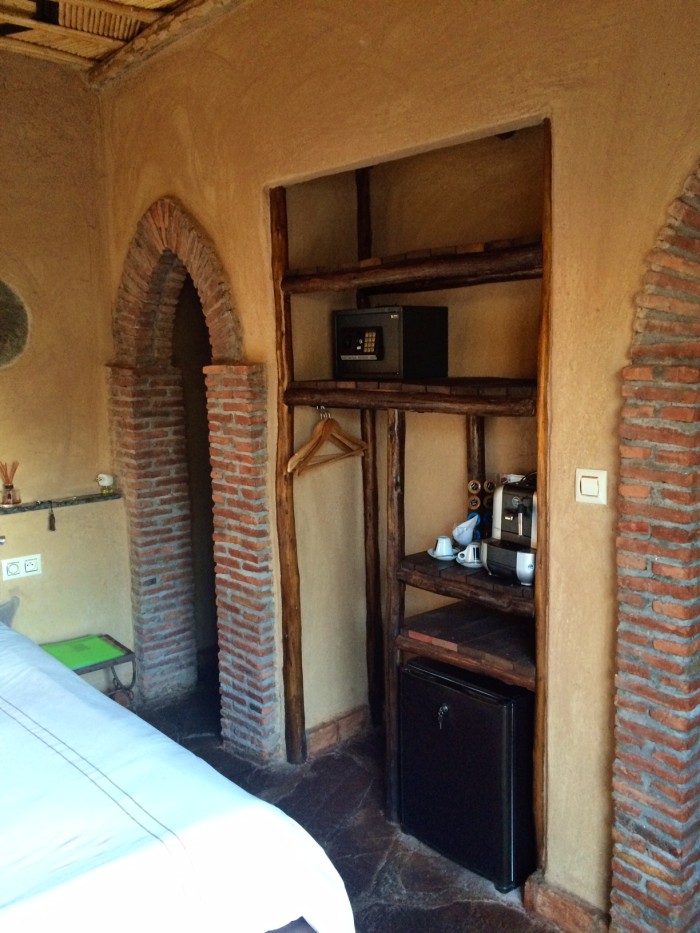 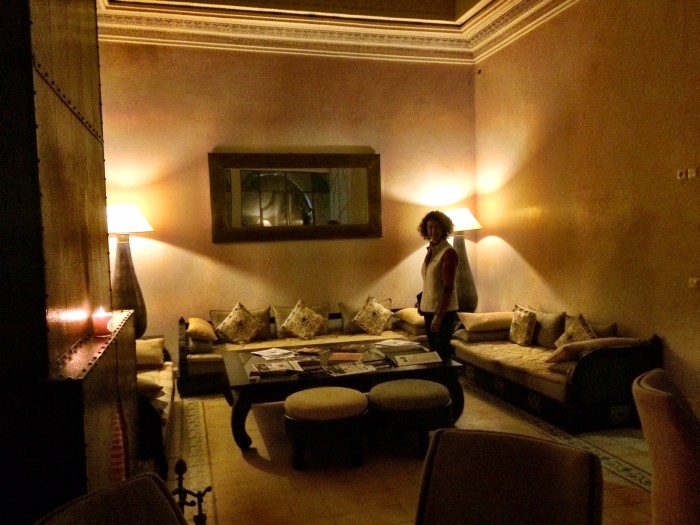 Walking into the denture of the city and the main square, a hustle and bustle of people selling all sorts, but probably quiet compared to the busier months. We found a good restaurant for lunch, agreeably priced and with a view over the market stalls.

Having been up for long and walked quiet a bit with backpacks, we decided to head for the hotel which we knew was about 5 miles out of town. Research had suggested there was a bus to catch, but after waiting for an hour for a bus that should come every 25 minutes, we gave up and opted for a taxi.

That turned into the expected tourist trap they are known for. Our mistake in asking for the Ecole Americain (American School) took us to the wrong side of town. Unfortunately the town taxis can’t go out of town so we had to be taken to a main rank to get a big taxi. Part with extra money here, then get taken out to the correct place.

We were aware it was up a dirt track, and that it was. The taxi driver thought either his taxi might expire, or he might get mugged. Eventually we arrived and were greeted warmly by the owner. The taxi driver pleaded poverty and cursed the roads in order to get even more money. But in the scheme of things it’s not a lot, so no complaints here.

The hotel lived up to expectations, a little oasis well away from the bustle of the town. Perhaps too far, but there you go. Very tastefully done.

It’s even a motorhome site, should we decide to come this way with the van. Not sure the van will like the roads any more than the taxi though!