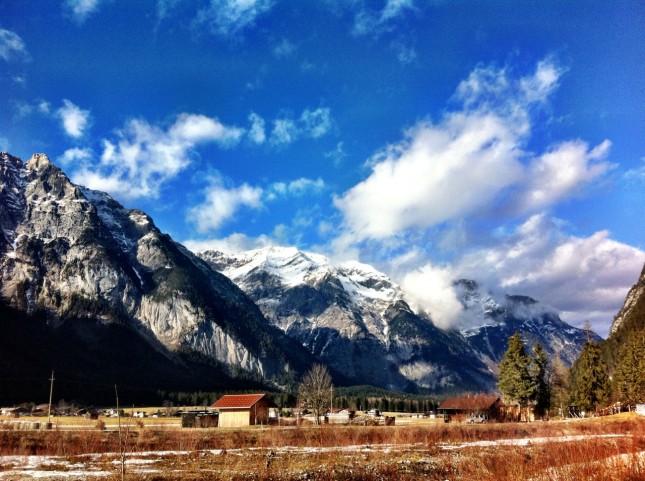 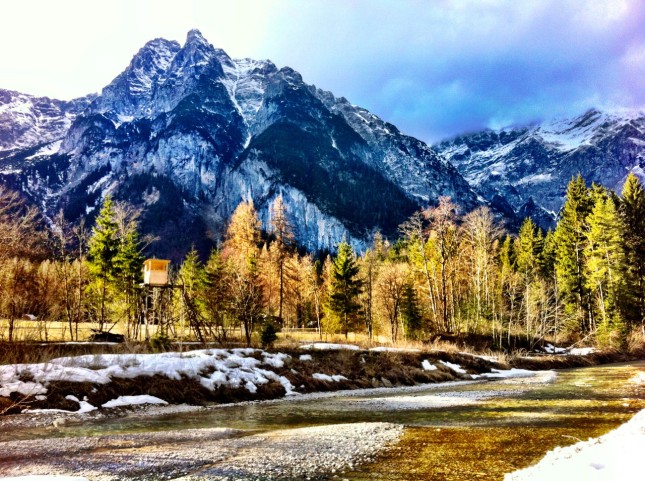 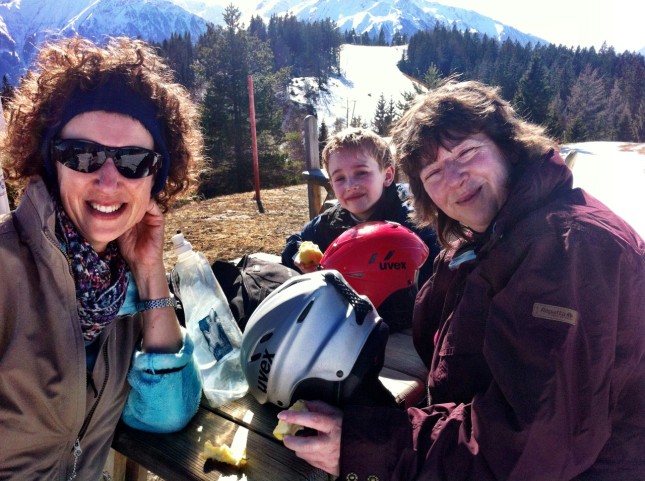 Finally into the mountains and finding some snow. There isnâ€™t much of the white stuff about, the locals say that they havenâ€™t had too much this year, but there is still enough to ski on some slopes. The resorts in Seefeld are nowhere near as extensive as we are used to in the French Alps, but adequate, and anyway, its Angusâ€™ first time skiing, so are having to keep to the blue runs. But then there are only blue runs at Gschwandkopf.

Angus has done very well over the first couple of days. Much floundering in the snow and hand holding on the first day, but by day two he was happily off on his own and racing about. Really doing very well, but then I think most kids find it easy. Its only adult learners that get paralysed by fear!

1 thought on “Seefeld in Tyrol”