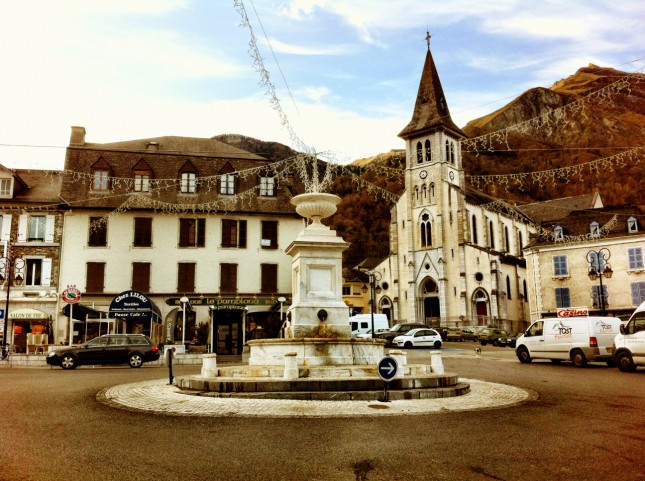 Imagine if you will, an extra ingredient to the above picture – 100 sheep. Unfortunately they had moved on by the time I got the camera out (parked van, ran back up the street).

When we drove through the square, the fountain in the middle creating a sort of roundabout, the sheep were in the fountain. Now I might have been inclined to say ‘bad sheep’, but the shepherd/farmer seemed quite happy with this, as at least they were not in the road. Well, except one lone sheep, who seemed to have taken up the role of sheep dog, and was minding the traffic. There didn’t appear to be an actual sheep dog, so this also appeared to be a good thing. The rest of the sheep were happily drinking and sploshing about without a care in the world.

And as I returned to the square with camera in hand, they were off, presumably to play on some other piece of street furniture.