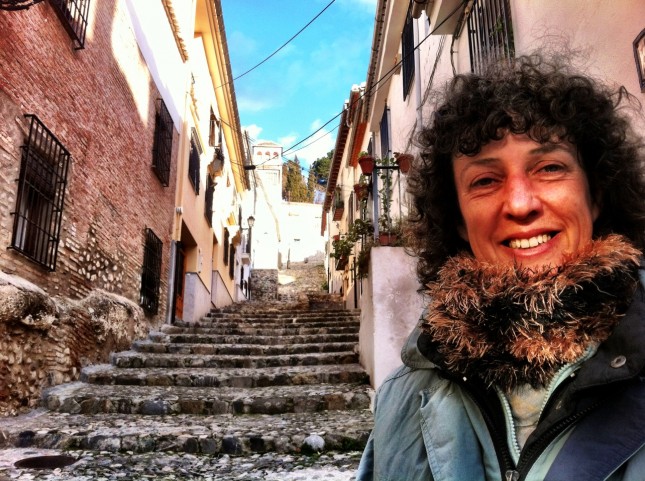 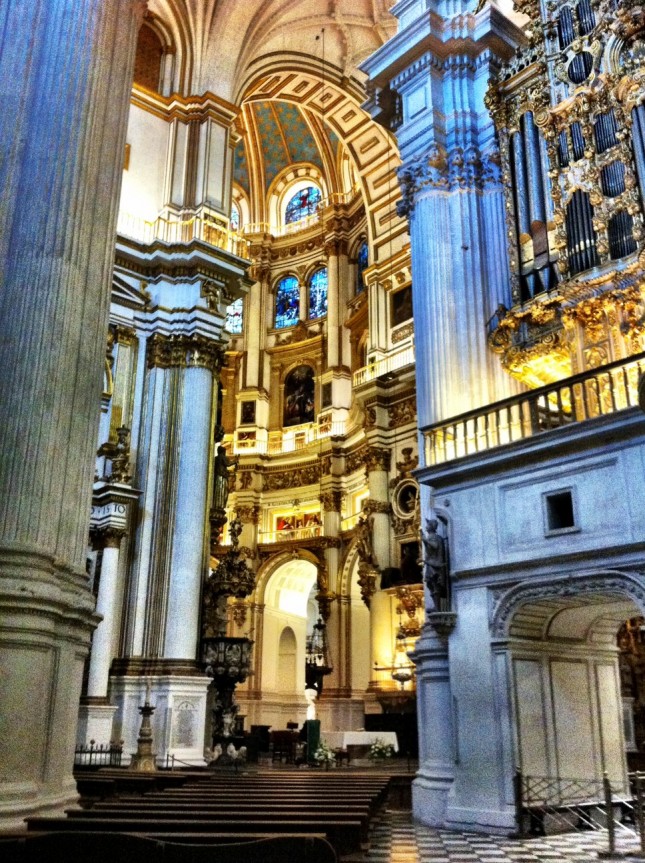 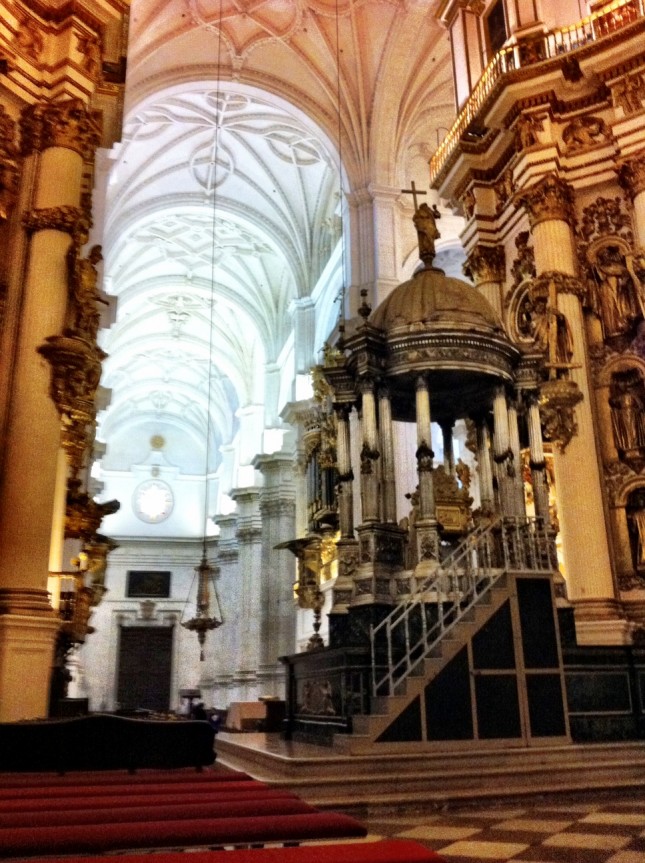 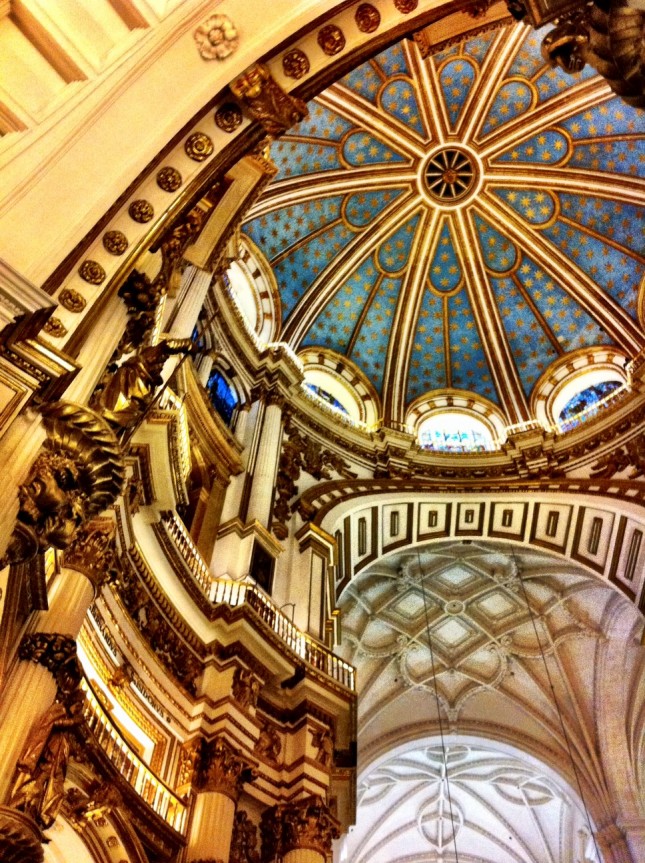 On a bright but crisp Saturday we decided that a walk from La Zubia would do us good. It did, but unfortunately there is only a relatively busy road with no proper footpath between the two, but this is what we did. It was only a couple of miles so didn’t take too long. Then a further couple of miles through the outskirts of the city until we reached the commercial sector with bustling streets and the usual array of shops.

In an attempt to find a tourist information officer we headed toward the railway station which is on the opposite side of town. There were several grand churches on the way, but by this time it was past the witching hour and therefore they were closed. Onward towards the station which took longer than expected, and then resulted in drawing a blank on the tourist information.

We strolled back towards the centre, and on the edge of the Albaicin (Albayzin) area found a lovely little Vegetarian restaurant call ‘Paprika’ where we had an enjoyable, leisurely mid-afternoon lunch.

The Albaicin is the ancient Moorish quarter, and original centre of the city of Granada (then known as Elvira). It is from here that the artists lived who created the fabulous Alhambra Palace on the adjacent hill. It contains a jumble of tightly packed houses and winding, cobbled streets with lovely panoramic views of the expanse of modern Granada, around which we strolled for a while. We then walked down through CaldererÃ­a Street, home to Arabic Bazaars, from which you can buy leather goods and Hubbly-Bubbly Pipes (variously known as Narghile, Hookah or Shisha), and an assortment of other ‘Shit that Tourists buy’.

From there we wandered back to the Cathedral, the ‘Cathedral of the Incarnation’. Building started in the early 16th Century, later than many European Cathedrals due to the continued occupation of southern Spain by the Moors, and continued for 180 years. The layout is different than other Cathedrals, having five naves rather than the conventional three, and an unusual ‘capilla major’ rather than a semicircular apse.

The stonework is a light off-white with vaulted ceilings throughout and with the main decoration of the altar piece and two organs being fabulously guilded. It’s an immense space, and the huge columns serve to divide the space into what almost feels like separate, distinct churches.

After satiating our religious appetites, we wandered back to the main shopping streets around Plaza Real, now teaming with people set for a log and late Saturday nights partying. We had by this time walked ourselves to exhaustion, so headed off to the bus stop for the short ride back to the campsite for a well deserved supper.