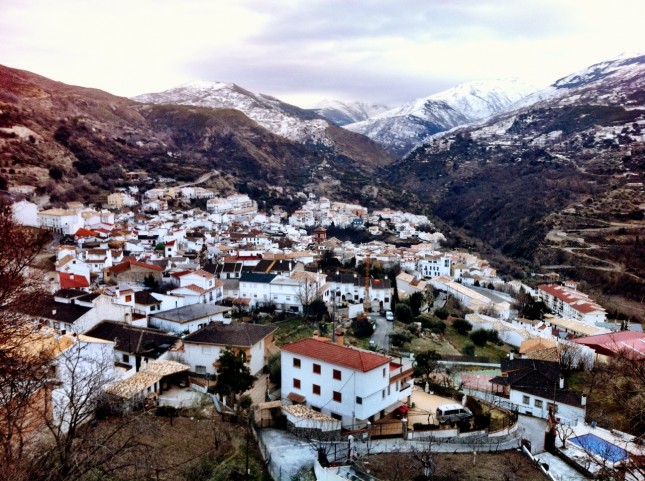 This morning we thought it prudent to try and top up the LPG tanks as we are now down to 50%. There is supposed to be, according to searches, an LPG station in Granada, then the next nearest if either Cordoba, Malaga or Murcia, at least 80 miles away.

We found the advertised station fairly easily, but it was closed. Ok it’s Sunday, but the sign on the door doesn’t say anything about being closed on a Sunday. On the way back into Granada Mel spotted a service station advertising LPG, and indeed they had a pump which looked perfectly serviceable, but when nothing came out and I made enquiries at the cash desk, it sounded like they were all set to go, but needed some authorisation before they could start selling it – perhaps some safety test or another. For a country with sparse LPG station, that was rather frustrating.

So we drew a blank there. Not a problem, we were just being cautious, and not knowing if we might be wild camping at the ski resort, we’d get through more gas than normal. But we should be fine for a week.

As it is, we decided to head for a campsite, part of the CampingRed group that we’d stayed at near Valencia which we liked. This one is located just outside the village of GÃ¼Ã©jar Sierra, at an altitude of 1088 metres. This and it’s two neighbouring villages of TrevÃ©lez and Capileira share the crown of the highest municipalities in peninsular Spain. It has a population of around 3,000, and it surprised us – the village sprawls along the mountainside overlooking the reservoir that fills the valley below (and appears to have no name, other than that it is on the Maitena River). 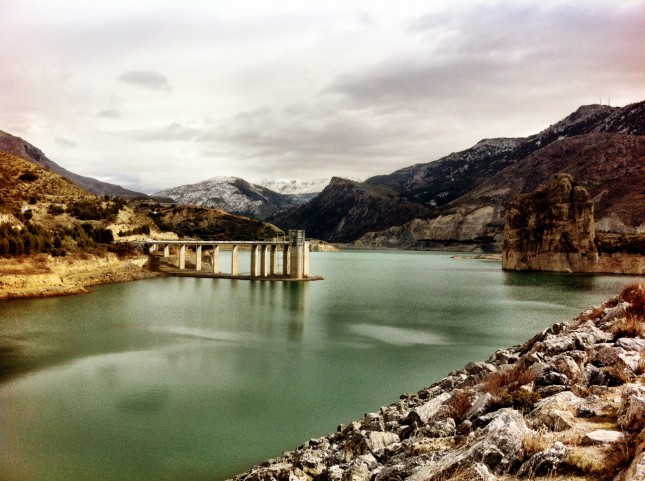 The town has a mixed agricultural and well-to-do feel and is not picture postcard attractive for the most part, other than for the charm of a rural location, and obviously people carrying on in the ways of time immemorial. Apparently in the early 20th century, the then owner of the Alhambra Palace was particularly taken with the place and built a hunting lodge with all the modern conveniences of the day, and even went to the expense of commissioning a railway from Granada to GÃ¼Ã©jar Sierra. Whilst it was not a commercial success, closing in 1970, the town has long had a reputation as a holiday destination, and today relies on tourism for a large share of its income, and providing visitors with access to some of the best hiking in Europe.

Across the valley the north facing slopes rise up to the resort of Sierra Nevada, which sits on the north-west flank of Veleta, second highest peak in Sierra Nevada, third in Spain, and worthy of mention because there is an access road that stops about 10 metres from the summit and claims the title of highest paved road in Europe (3,396 metres). Right next door is MulhacÃ©n, Spain’s highest peak, and the highest in Europe outside of the Alps and Caucasus Mountain ranges, standing at 3,478 metres.

We spent the latter part of the afternoon wandering the streets of GÃ¼Ã©jar Sierra, and down into the valley to the head of the reservoir, and then climbing back to the town to claim our reward of coffee and cake. Despite the somewhat cloudy skies, the surrounding hills were lit up beautifully by the sunset as the rays broke through the clouds over Granada to the west. The hills behind GÃ¼Ã©jar Sierra literally turned bright orange and reminiscent of Ayres Rock (Uluru) in central Australia. I kid you not, I have not been fiddling with the photo! 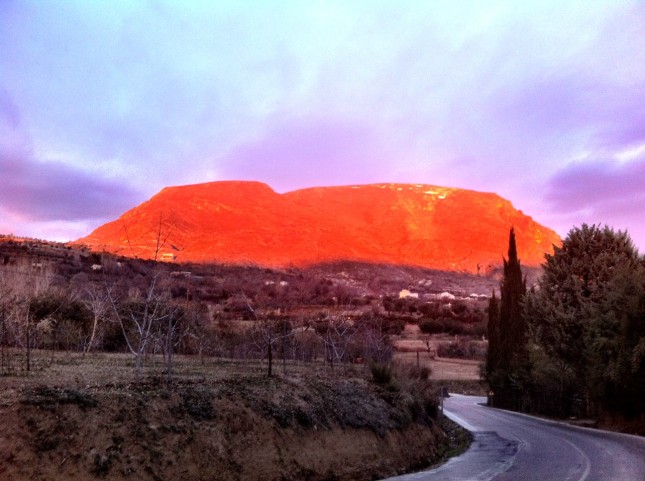 As I type it (1am and too dark and cold for closer inspection) it appears to be raining. The forecast was dry and getting milder. Hopefully it won’t snow too low down, as we are planning on driving round to the resort tomorrow to go skiing. If we can’t get there, we’ll settle for mountain walking instead.