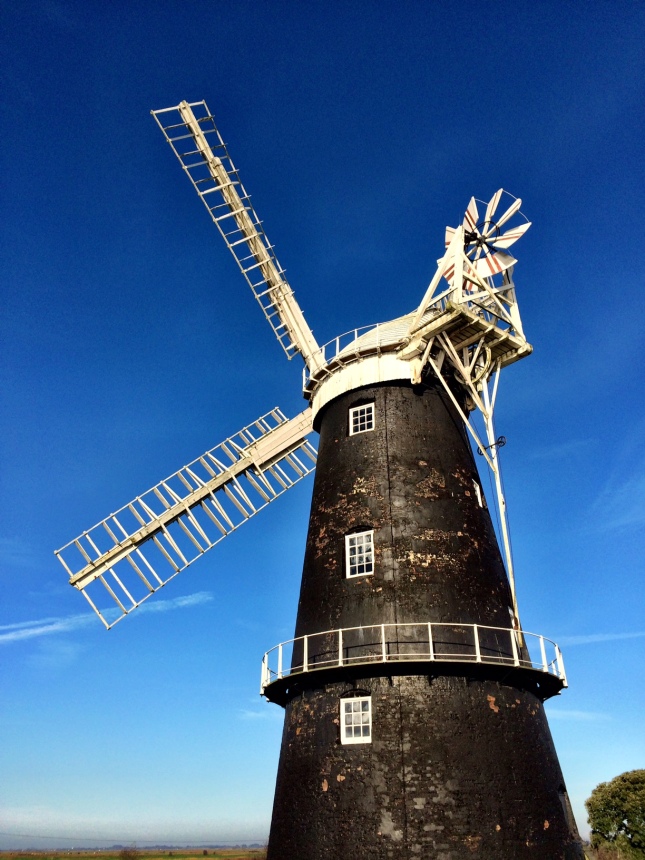 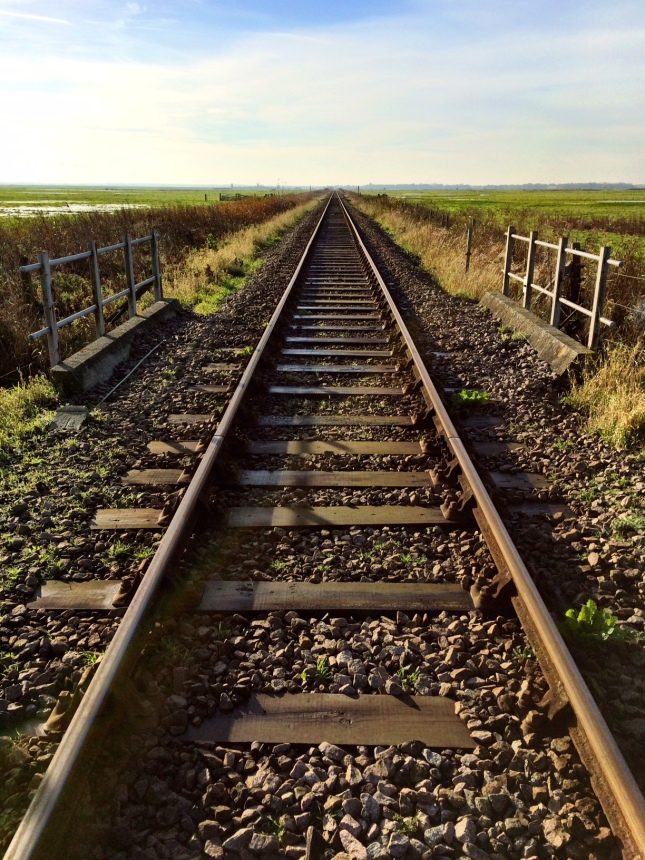 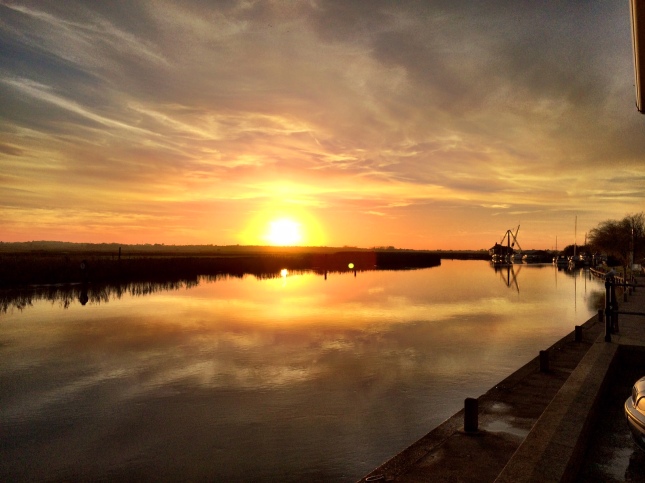 What a cracker of a day. Gorgeous blue skies and only a slight nip to the air, what more can you do but get outside, walk and soak it all up.

I was stumped at first for where to walk, as the rivers and canals of the broads are not that well blessed with bridges. You could walk for miles and not find one, so making a circular walk was not easy to do. The Internet was much help either, all the sites I found were either for short walks, out and backs, or by boat!

I ended up in Reedham, a slightly untidy looking place but with a nice mooring along the banks of the River Yarle, and a swing bridge that carries the railway line over. I set out filling the dyke alongside the Yarle, and really enjoyed the big skies and horizon being so far off. A real contrast to being on hills and mountains for the last couple of months.

I met a couple of chaps out photographing the wildlife and had a chat with them for a while. One guy turned out to be a meteorite dealer, claimed to be the only one full time in the UK. Past retirement, and spending most days out with the camera, an excuse for walking and keeping fit.

On reaching the Berney Arms Inn, stuck out in the middle of nowhere and closed for the season (Freehold for Sale), I realised I was in a place called Langley Marsh. Now there’s a coincidence. Bugger all in this one, apart from marshes and wildlife. Perhaps the better for it!

I then picked up the Weavers Way and headed west, coming across the Berney Arms station, reputedly Britain’s most remote railway station. There ain’t much to it, a platform long enough for only one carriage, which is fine because that is as big as the trains appear to get.

I sloshed about in wet fields and muddy gateways before reaching the village of Halvergate and getting back to quiet lanes for the return.

Once back, I was immediately engaged by a local and fellow campervan owner, who went on at length about vans and their intricacies, and was convinced I was a brave and fearless sole for wildcamping on such placed as Great Yarmouth promenade (akin to Beiruit apparently) but seemed lovely and quiet to me. He then went on at length about a chap called Guy Martin off the telly, I’ve no idea, but he appears to be a bit of a fearless nutter on motorbikes and the like, so somehow my exploits and his and the same in the eyes of this chap.

Noting after he’d left, another couple stopped for a chat and they too seemed to be full of doom and gloom for the life of a campervan owner, they also having one. I’m assuming this is a reflection on the people of Norfolk and their outlook on life.

Anyway, the sun shortly set and rounded off a lovely day. Another one noted to come back to for more walking.