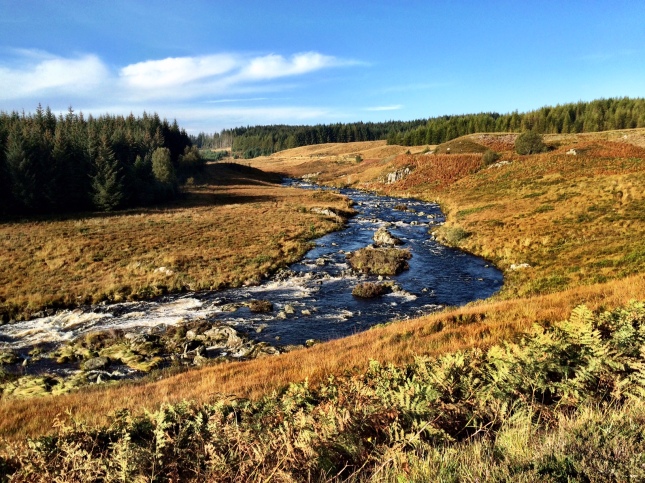 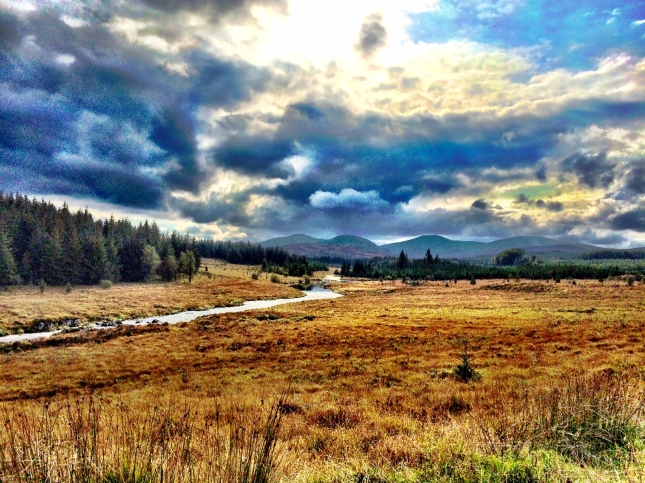 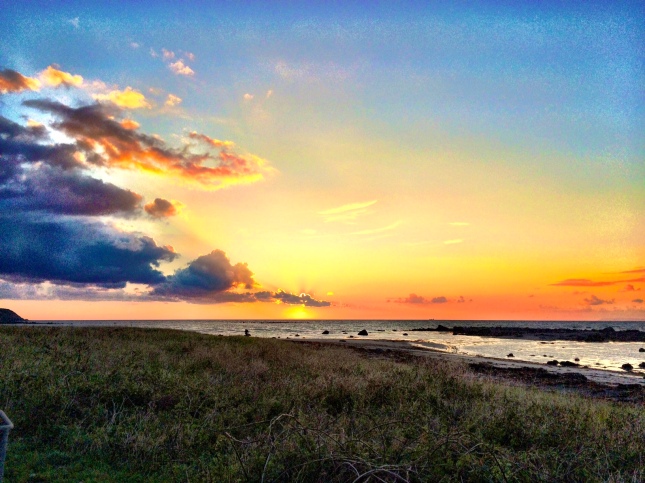 A misty morning start, which spoilt the sunrise, then compounded by turning to full on fog for an hour. But soon enough the fog cleared and I could set off for a good walk.

Following the forest track from Loch Doon I headed west. No sooner had I started that I spotted a Heron perched on a stone in the middle of the river. He kindly stood for a while and then took off looking for another perch further down the river.

Throughout the day I kept an eye out for other wildlife but alas there wasn’t very much. A few little birds flitting to and fro but nothing very big, and nothing on four legs to speak of. Instead always peaceful I don’t think I’ve been to a quieter and calmer place for a walk. Something about the forest and the surrounding hills that was just very tranquil.

After about 6 miles I sat and had a little bit of lunch while looking out over the loch, and then turned round and retraced my steps back to the motorhome.

This afternoon I headed for the coastI found a very nice drive between Girvan and Ballantrae where I found a lookout point at Lendalfootthey gave me a great view across the sea to Northern Ireland and to the small island of Ailsa Craig, which sits like the top of the muffin about 10 miles off the shore. As I watched the sun slowly set over Northern Ireland I was able to, with the aid of the binoculars, watch seals basking in the evening sun and some just bobbing in the sea.

4 thoughts on “On Foot Around Loch Doon, Loch Riecawr, and Loch Braden”