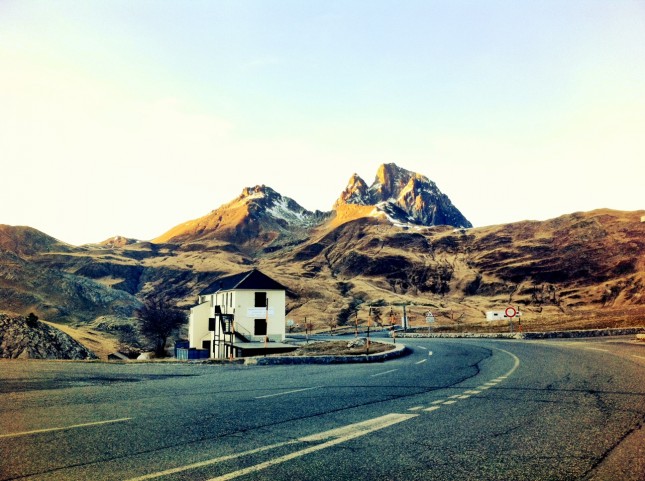 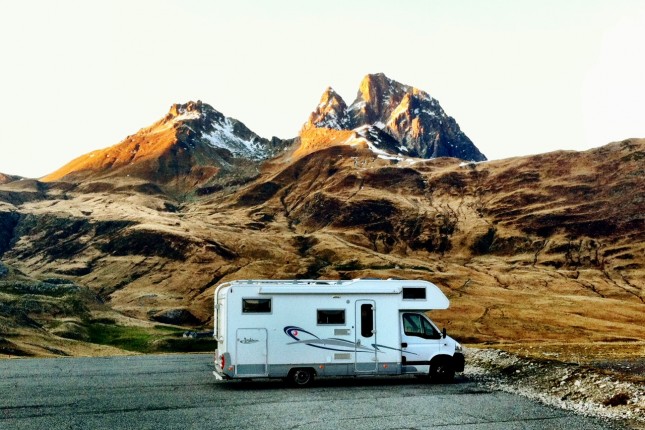 The end of the drive was the Col de Portalet, which also marks the border between France and Spain. Around the Col is a lovely soft, rolling valley with sharp peaks defining the edge. The light was great and we considered stopping there for the night. Unfortunately on the French side there were signs prohibiting overnight campers. I walked across the border to see what was what – no such signs on the Spanish side, just a hell of a lot of retail for such an out of the way place. It’s probably popular with walkers though, but it could have given Clarks Village in Somerset a run for it’s money!

By the time I got back to the van I was frozen – the temperature had plummeted once the sun slipped behind the hill. A quick check of the thermometer revealed 6 degrees, so hardly a freeze but it would probably have confined to drop. There were little frozen puddles here and there.

Time to head back down, and we stopped the night in Laruns which makes it easier to head up to the Col d’Aubisque today. More cycling adventures to be had!

2 thoughts on “The Col de Portalet”