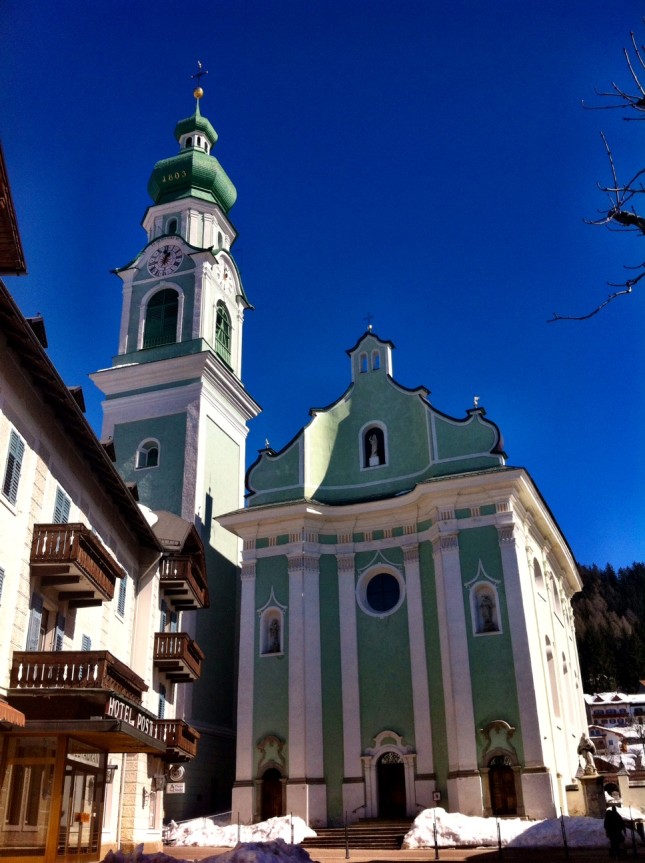 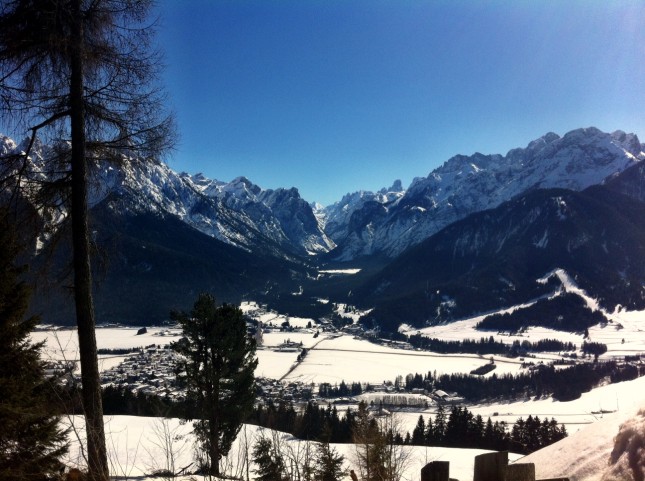 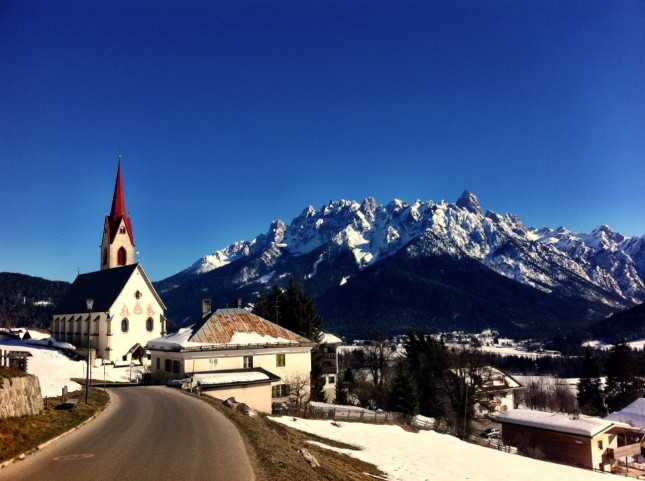 What a contrast to be in the mountains again after Venice. Back to nature and some strikingly jagged hills covered in plumb white snow. Whilst it doesn’t look like it’s snowed for a couple of weeks there is still plenty of it.

The campsite had managed to keep a few tracks clear, and we ended up wedging ourselves between snow drifts that were above the windows. So small the gap, we couldn’t open the garage doors once parked.

This is the Sud Tirol, on the Italian/Austrian border. Land that before WWII was Austria, but now Italy. The laters reward for siding with Germany. The language is a strange mix, but more Germany than Austrian. We ended up managing to get about 4 languages into the same negotiations for coffee and cake.

We had just enough time to go for a decent walk around the town and up into the hills above the town for a wade through the snow, snow shoes would have been useful on occasions. The sun was gloriously strong, birds tweeting, just lovely.

I have no idea how we end up with so little time to really enjoy it, but we move on after one day to get closer to Innsbruck ready for the arrival of Sarah and Angus on Sunday morning.